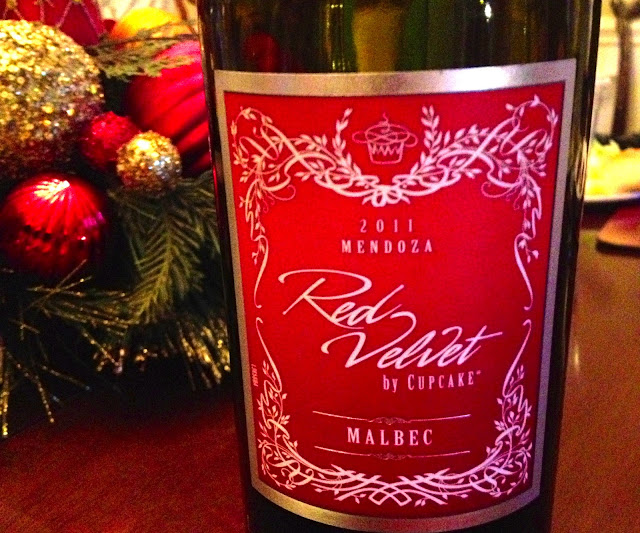 The best wine of the Christmas evening. 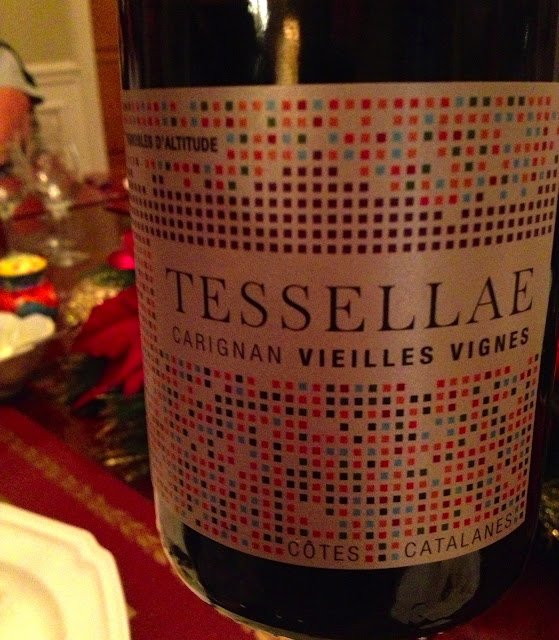 The worst wine of Christmas evening.
I hope y’all had a wonderful Christmas!  We didn’t get back home until close to 10:30 last night from my parents’, and had the best time!  Two words: REVERSE CHARADES!  Hilarious, and so much fun!!  And the wedge salad, beef tenderloin and cheesecake weren’t bad either, Mama and Daddy.  😉 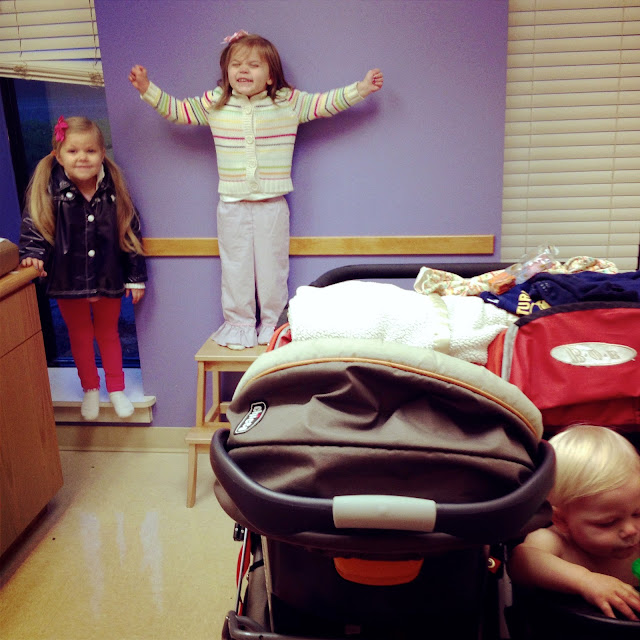 And…I was the genius who scheduled my kiddos’ well-appointments, the day after Christmas!  And in the pouring rain this morning, all of us headed over to the doctor.  I think I was the only one in Charlotte who was dumb enough to schedule it today…because the office was deserted.  To give you an idea of the weather…the window behind W WASN’T tinted…
But I will say, the doctor’s appointments went well!  W got a flu shot (which we waited to spring on her at the end of the appointment…I’m a mean mom I tell you!),  E had her ears re-checked after recovering from an ear infection, L had his 15-month check-up with TWO shots, and V had his two-month appointment with TWO shots!  He’s 8 weeks and already 15lbs.  95th percentile!!
Yes, I may be crazy, but I’ll tell you what, it’s so much easier to knock it all out at once, rather than coming in for four separate appointments!  And yes, L is shirtless…because he was awaiting his shots! I think E was the most excited, because she was the only one who didn’t have to get shots! 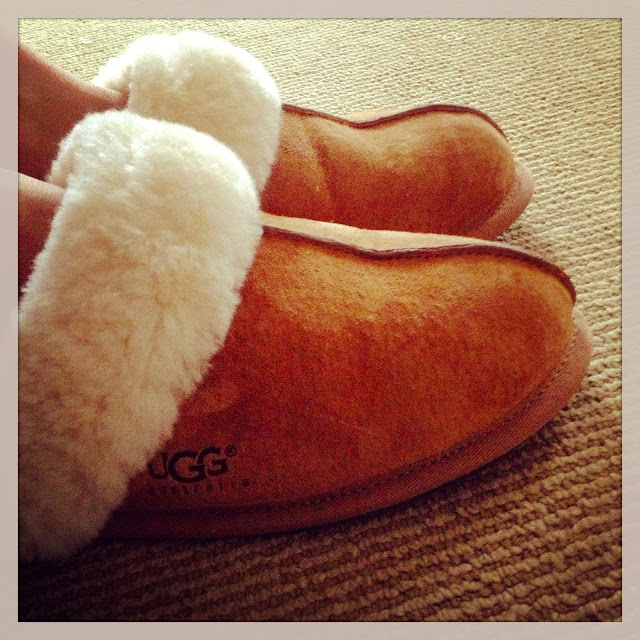 After our wonderful morning spent at the doctor, I nestled the kids into bed for naps, and chilled out on the couch with my new Ugg Scuffette Slippers (LOVE!).
Our house is Christmas-less as we speak!  With this miserable cold rain, I took down all of our decorations…even our Christmas tree was picked up this morning on the street.  Bah humbug, if you will…but it was sure wonderful while it lasted, and now I’m not staring at decorations thinking about when I’m going to find the time to take them down.  Hallelujah!  NYE is on my mind now…CHEERS!

3 thoughts on “Wednesday Whereabouts: The Day After Christmas”