Do you have your go-to suntan lotions and after-sun products, that you swear by?  I know everyone’s skin is different, but these are the ones I’d recommend to anyone. 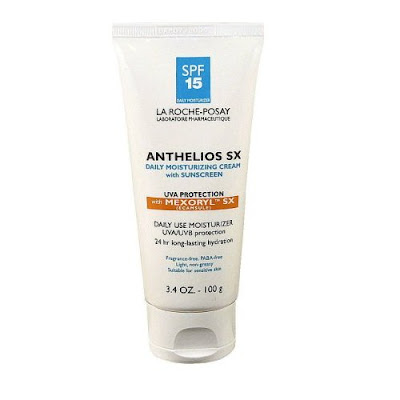 If you haven’t heard about this lotion yet, you need to!  It’s ah-mazing!  I wear this almost everyday in the summer, because it protects my face from the sun so well, and it’s proven to keep out almost 100% of all the rays, mostly because it contains Mexoryl SX (big sun blocker).  I have some sun spots on my face, due to sun exposure and melasma from my pregnancies, and my dermatologist said that this would almost completely prevent more sun spots and melasma from forming.  I still try and wear a hat at the beach, as much as possible, just to be extra cautious.  Anthelios SX is also not greasy at all, and quickly soaks into my face as soon as I put it on, first thing in the morning.  If you’re in search of a new suntan lotion to try, try this one – or at least ask your dermatologist about it at your next visit.  I’m sure they’ll agree, it’s the best out there!  My only complaint is that I wish it would have come out on the market sooner.

In case you’re still not sold on it, here are the product features: 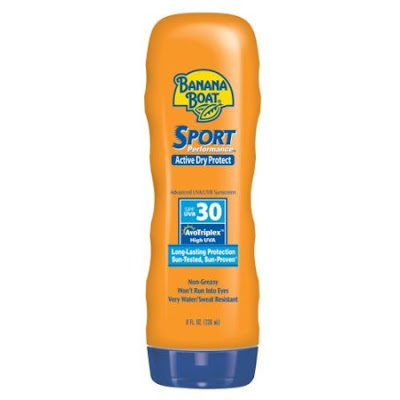 My girls luckily have great skin, that doesn’t burn easily, so I normally just use the same thing on them, as I do on me.  I’ve heard that once you pass SPF30 or something like that, it’s all the same, and it doesn’t really make a difference if it’s SPF30 or SPF100.  Don’t hold me to this fact.  I do make sure and re-apply after a couple of hours, especially if they’re in extreme sunlight.  My fear is having to tend to a poor, sunburned baby.  Also, many dermatologists agree that your first sunburn, whenever that was in your life, probably gave you/will give you your first wrinkles, later in life.  And 90% of your skin make-up is genetic, and that only 10% is environmental – but that 10% can really make a huge impact.

And as far as after a day in the sun, I used to use Banana Boat After Sun lotion, 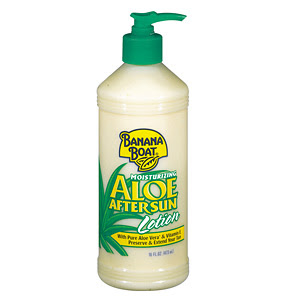 but stopped because I never felt like it penetrated my skin as much as the aloe gels did.  So then I started using the Banana Aloe Vera Gel, and LOVE it. 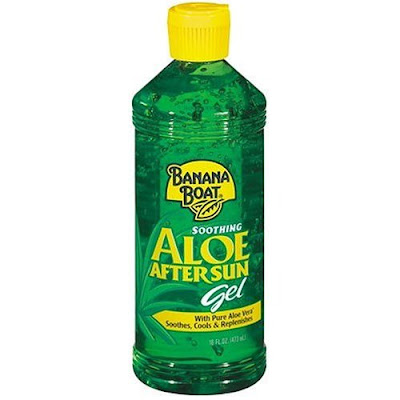 I rarely burn in the first place, but if I’ve been in the sun for awhile, and I feel as though there’s a possibility I could burn, this gel works wonders.  It really soaks into your skin after a shower, and keeps it from getting too dry, later.  I use it religiously after a day of being at the pool, lake or beach.

Bet y’all weren’t expecting that dermatology lesson of a post!
I know the best thing is to just stay out of the sun, but honestly for me, that’s impossible.
Like my profile says, I LOVE the warmth of that sun, and love being anywhere near the water,
so at least I’m being as preventive as I can…for the circumstances.
See y’all later, I’m off to lather up, and head on to the beach!