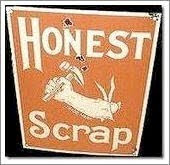 Thanks so much to Webbisodes for my wonderful award!

The rules for this award are simple, state 10 things about yourself, then pass this award along to 10 other blogs.  I know after I write this, I’m going to think, man, I should have written about that, and blah blah blah, oh well!  Here goes…

1. I have five younger sisters.  My mom had all of us in 9 1/2 years.  Whew!  She’ll stand by her word to this day that they were not trying to have a boy.  Still not quite sure if I believe her.  Another fun fact:  We were all born in different months, including my parents, and then my two daughters were born in two other different months, so we’ve got ten months blocked for birthdays!  Sorry, no January or February birthdays…yet!

2. I LOVE tennis!  My high school team played in the state finals when I was there.  Now I’m just struggling to find time to play.  I’m hoping once the girls start school, I’ll be able to play more.  For now, I run.  It seems easier to do that right now, just not as competitive as I’d like it to be.  I’m VERY competitive.

3. My husband and I are high school sweethearts, well, sort of.  We’ve known each other since third grade, but didn’t start dating until the summer before my senior year, and his freshmen year of college.  Yes, it was long distance from the start, at one point, he was in Florence, Italy for six months…very long distance.  We made it work.  Six years later we got married, and almost six years now, we’re still just as happy, and have two little ones to add to our love!

4. Speaking of Florence, I love to travel!  Unfortunately, with having two little ones now, that’s a little bit harder to do.  My husband and I are hoping to have all our children early, so that after they’re grown, we’ll still have plenty of time to travel.  Not saying you can’t do that when you’re older, but we’re just excited to be younger doing it.  Some countries I’ve traveled to:  England, Scotland, France, Italy, Jamaica, Puerto Rico, Virgin Islands, Bahamas, Mexico, Canada, and hopefully many, many more!

5. I hate scary movies!  I’ve seen some, but I have such a vivid imagination that I have crazy dreams about them.  And not just the night after I watch it, but sometimes even ten years later.  So weird.  During The Ring, that my dad made me watch with him, and it was even in the middle of the day, I’m sorry, still a scary movie, well, when I thought a scary part was coming, I’d cover my ears and squint my eyes real tight, but open them enough to where I could still see a blur of something.  Um, yes, that’s how I have to get through scary movies, if I’m forced to watch them.  Haha!

6. I have at least a glass of wine every night.  It relaxes me after a long day.

7. I am an imperfect perfectionist.  I wish I was as neat and organized as my house and life seem to look sometimes, but I’m not.  Think Monica, from Friends, and her crazy closet she didn’t want anyone opening.  I laugh just thinking about it.  Okay, maybe I’m not that severe, but I feel like when I’ve got one part of the house, or my life, all organized, then something, somewhere else isn’t.  Minor example:  From the previous post about my cluttered jewelry cabinet.  I de-cluttered that cabinet, but where do you think all that extra junk that was in there went?  Um, to another cabinet…that I’ll eventually clean out too.

8. Although I am an imperfect perfectionist, I will say that I am a true planner.  I have a Things To Do list everyday, and everyday the list is different.  There are things I get to, and others I don’t, and I’m okay with that.  I have my priorities.  Spontaneous is okay with me, in my book, even if I don’t have it planned, but it’s a little harder to be spontaneous now with little ones, and diaper bags to be packed accordingly.

9. When I used to be an elementary school teacher, I was so much more patient with my students, than I was with my husband.  I hate to admit that, but now, I’m no longer teaching, so my husband enjoys the new me.  Haha!

10. Weird fact:  My mom’s sister and my dad’s brother are married.  Trust me, it’s not gross or blood-related, promise!  But it’s so fun because their children are our double-first cousins, and they look a lot like us.  We’ve spent a lot of time together because at family gatherings, they were always there, on both sides of the family.  So funny.  Speaking of big families, my sisters and I have over twenty first cousins because my dad has four brothers and a sister, and they all have three children or more.  And even better, they all live in South Carolina.  Guess you could say we’re a close-knit family, especially my sisters and myself.  Love y’all!

Now the time has come for me to share
A little bloggy love to show I care
It’s an award sent just for you
Because I really enjoy what you do!

Check out these fabulous blogs!

10 thoughts on “My First Award”