I know my celebrity trivia pretty well, but just recently learned that Shirley Maclaine and Warren Beatty are brother and sister?  I was shocked when I found out.  She is only three years older than him.  Their last name was spelled Beaty.  Not really sure why Warren added a ‘t’.  But Shirley MacLean Beaty changed her name because a producer kept mispronouncing it.  They’ve been in so many classics, but I don’t think they’ve ever acted together.  That family has some talent! 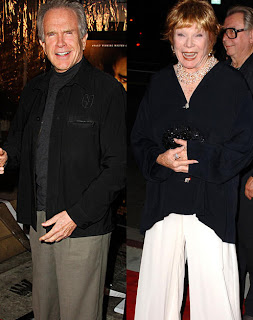