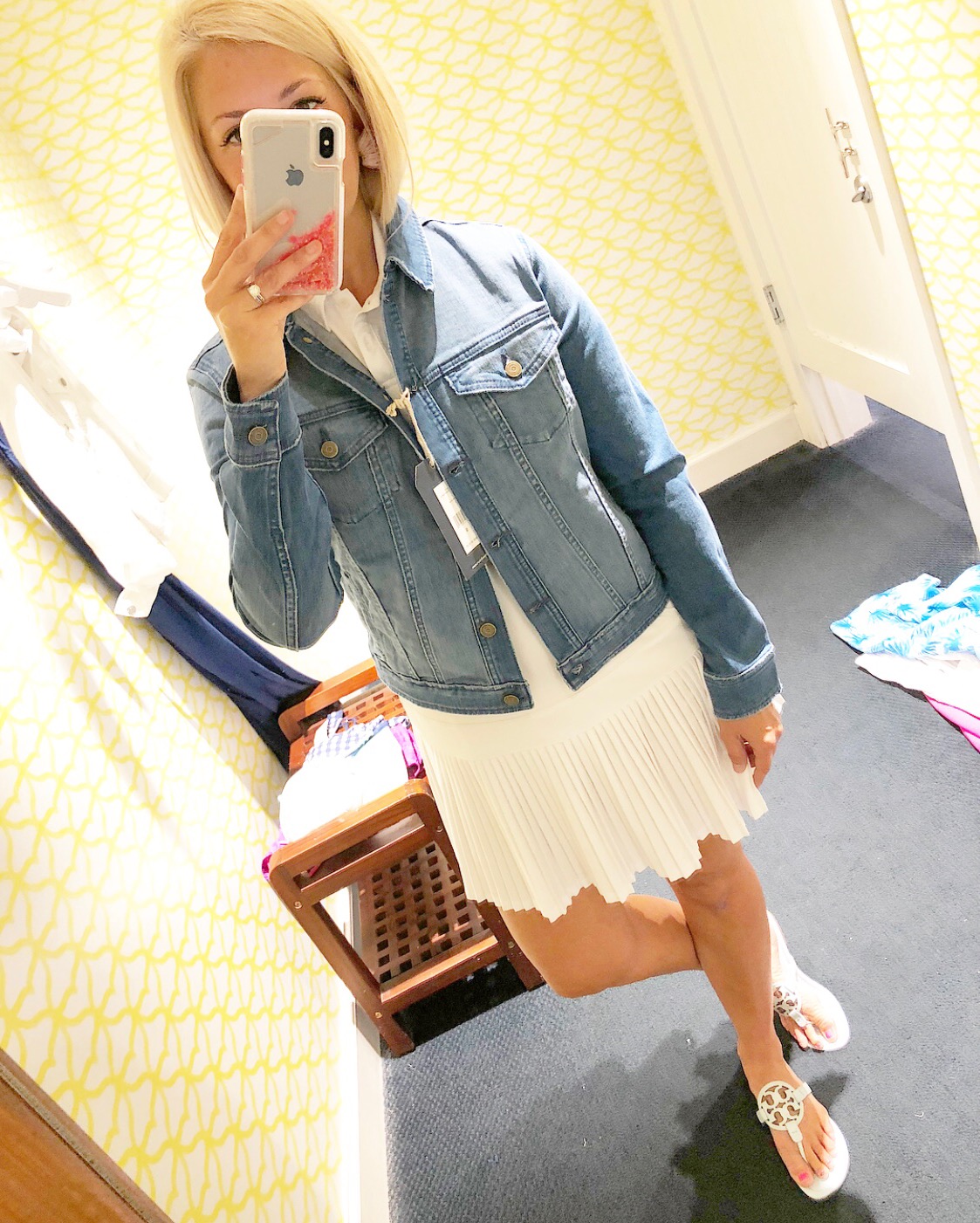 Happy Monday!  So I’ve had a lot of you ask questions about my tennis game, when I started playing, did I play when I was younger, etc.  So today I thought I’d share a little tennis background.  Growing up I started taking tennis clinics when I was in elementary school.  Nothing too extreme.  Maybe like once a week, after school.  But on vacations instead of beaching it all day, our family would take tennis clinics and play round robins most mornings, then relax on the beach after lunch.  And we loved it!  You can definitely say we’re a tennis family.  My parents both still play. // Above Outfit: Jean Jacket (obsessed, also comes in white!) // Tennis Dress // Sandals

In high school, our team was the conference champion every year I was there and went to the state finals.  But to be honest, while our team was awesome, I didn’t play in the top six lines – so my matches didn’t count, but it was still fun!  In college, I played a little, but didn’t play on a competitive team.  I was on an intramural team, but that was about it.  Tennis was definitely put on the back burner while I had babies and also while they were in preschool.  I played on a USTA team in between the girls’ and the boys’ pregnancies, but that didn’t last long.  Clearly I was busy with four littles.

When I moved to Charleston three years ago, I waited another year until all the children were in school everyday, and then finally started playing tennis again.  And boy, was I rusty.  I started out at a 3.5, but quickly dropped to a 3.0 after losing almost all of my matches in the Spring of 2016.  In the Fall, I was <almost> undefeated.  Lost one match. 😉  But if you’re familiar with USTA ratings, Fall matches don’t count toward your rating.  In the Spring of 2017 I was undefeated so I was bumped back up to a 3.5 and that’s where I’ve been ranked since.  I was almost undefeated again this season, but lost my last regular season match.  But our team played awesome this Spring, so we headed to playoffs last week.  It was a round robin, so we played against three different teams and came out on top! 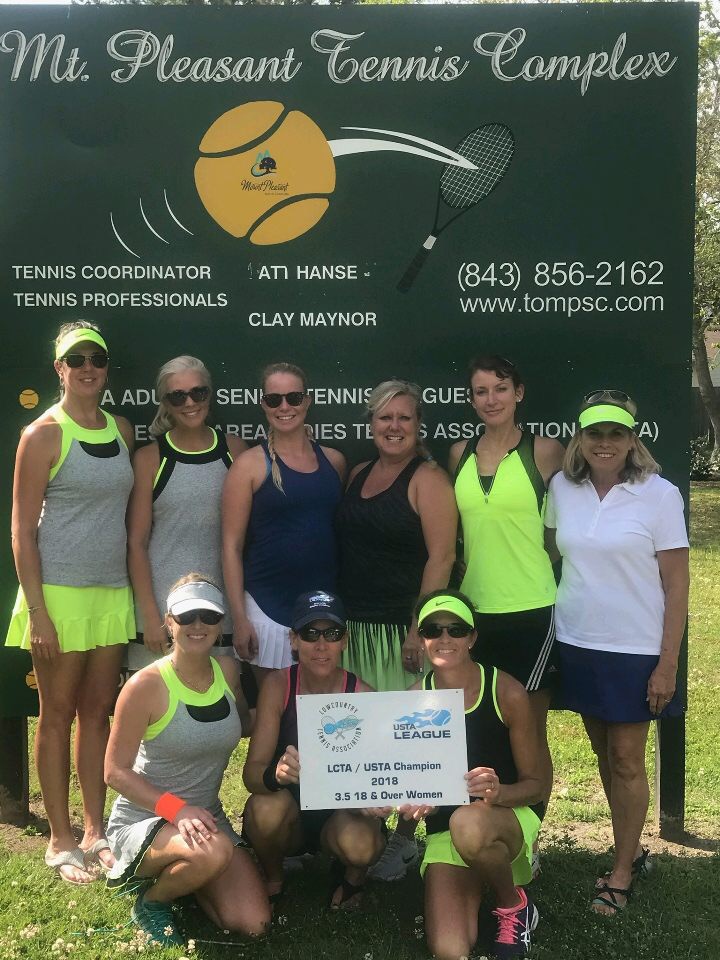 So proud of our team!  We’re now headed to states next month!  If you’re considering playing, it’s never too late!  While I grew up playing, one of my besties started playing about five years ago and plays on my team now.  You still have time!  Tennis clinics are a great start, then when you feel like you’re ready, get on a team.  You can look up teams in your area from the USTA website.  Even just going out to play with a friend is fun and great practice. 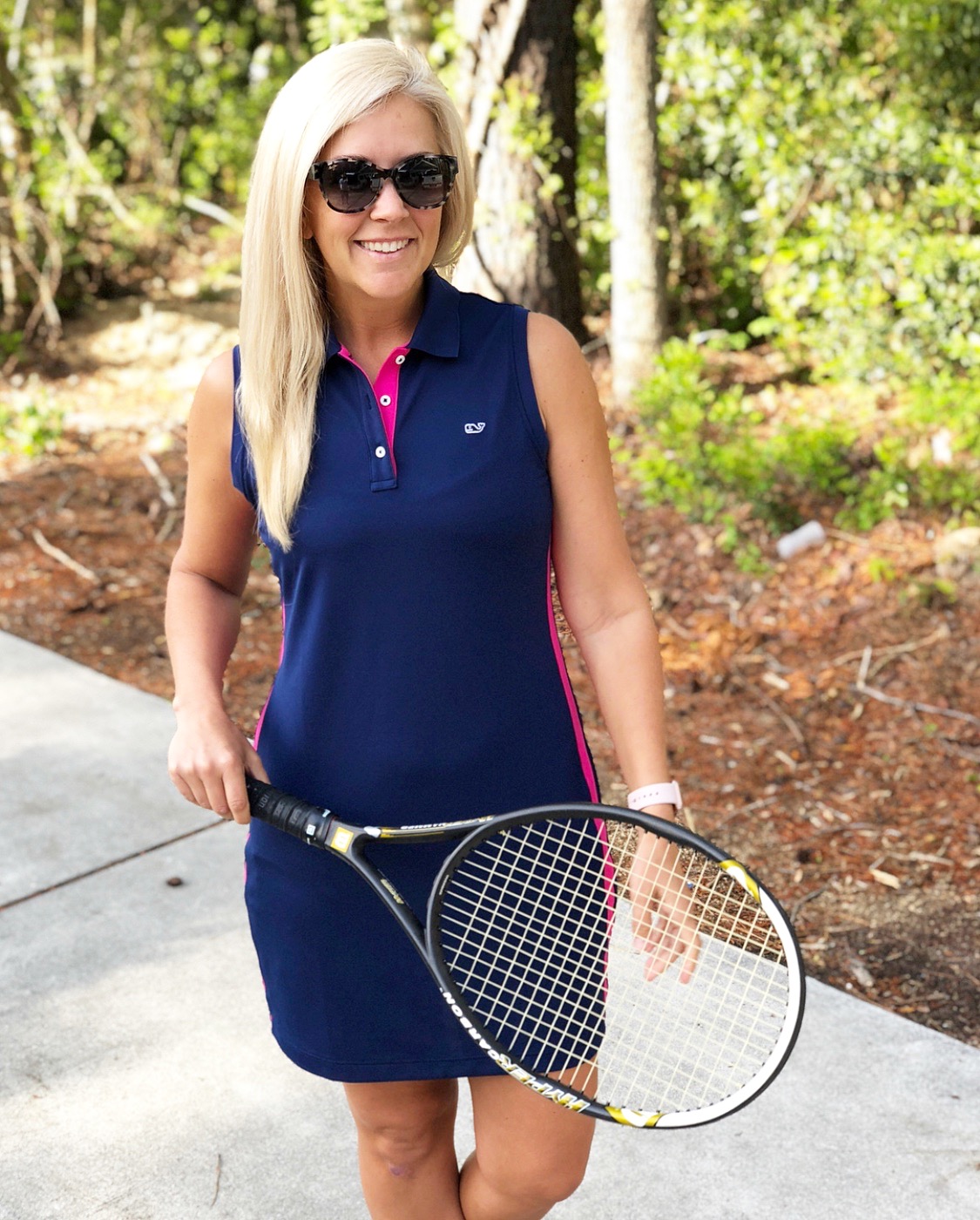 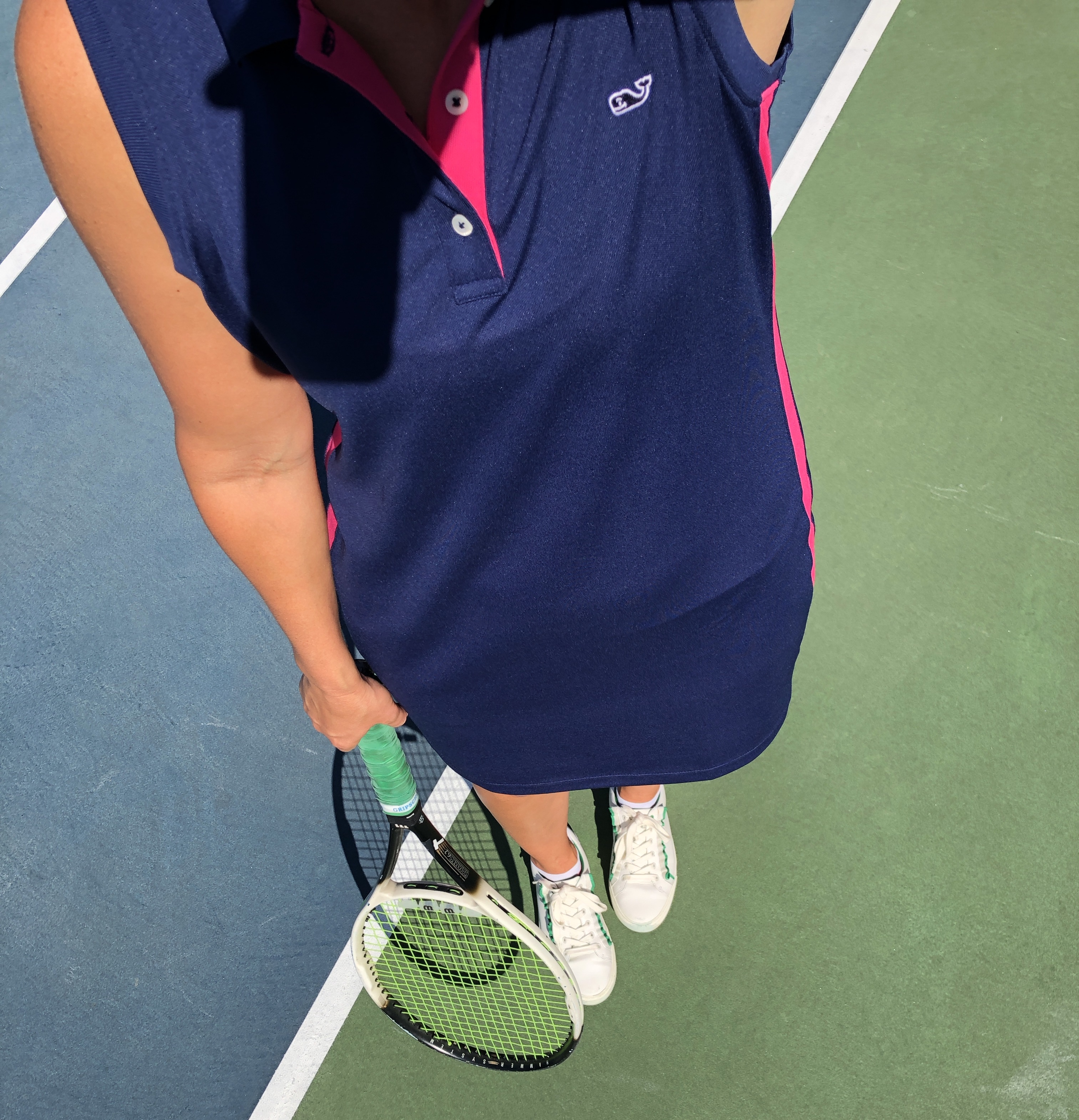 Can I just say how excited that all of my favorite designers are coming out with tennis gear?  Vineyard Vines, Lilly Pulitzer (tba – very soon!) and Tory Burch are my major faves!  I’ve been wearing these ruffle tennies for over a year.  The first blue pair I wore for a full year, before I finally wore a whole in the bottom.  Luckily, they hadn’t been discontinued, so I got them in green this go-round.  They fit true to size.  I’m also loving this navy sleeveless tennis dress.  Wore it on Thursday and it was super comfy and easy to move around in.

I hope y’all have a great start to your week!  I know tennis involves a little more effort to get started than say running, but it’s such a great sport!  Running is easy and a simple way to burn some calories, but I also love tennis for the social aspect.  Always such a good time on the courts!

6 thoughts on “My Tennis Story”