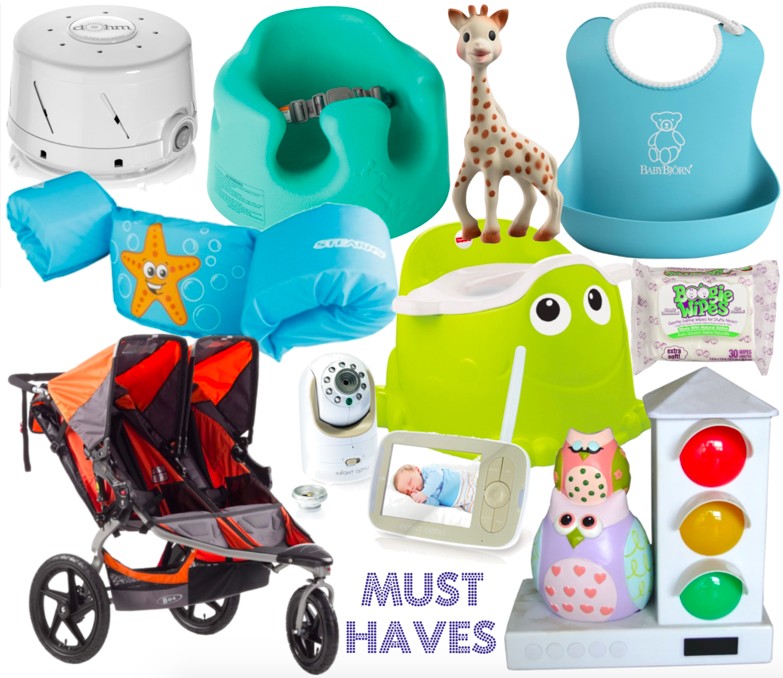 Sound Machine // Stop Light Alarm Clock // Puddle Jumpers // BabyBjorn Bib (The only bibs we ever used. They catch everything and you can rinse them down quickly after every wash, and are sturdy enough to toss them in the dishwasher.) // Bumbo Floor Seat (Loved being able to pop one of the kids in this, when they weren’t quite able to sit up on their own yet.) // Double BOB (One of the best and longest lasting purchases we ever made with young kids!  I got this when the girls were really young and used it up until last Fall.  I probably would still use it again, especially if I wanted to go on a run with the boys.  This one is on sale too! I recommend a bright color like orange over black because it stands out.  We brought it to Disney World a few years ago, and it was super easy to spot amongst all the other strollers.) // Baby Monitor // Froggy Potty (The cheapest one we found, at only $11) // Sophie the Giraffe (Best teething toy!) // Boogie Wipes (These are a new find for me, but I love using them on my runny-nosed kids!)
Hope y’all have a great start to your week!