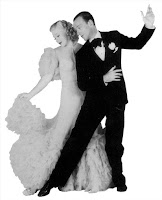 Dancing with the Stars has announced the line-up for their next season, airing March 22nd.  Should be interesting to watch, but I’m not thinking there’s not that much natural talent with any of them, except for maybe the male figure skater, Evan Lysacek and the Pussycat Dolls girl, Nicole Scherzinger.  But what do I know?  Maybe they’ll surprise me!  And even so, I’m sure it will be just as entertaining.  Here’s what I think:

Buzz Aldrin: Astronaut; He’ll win hearts for attempting to dance, but he’s a little too old I’m afraid.  I think he’s in his 80’s.  Good for him though!

Erin Andrews: Sports reporter for ESPN; Big controversy last year about someone spying on her, while she was in her hotel room; she’s paired with Maksim too (I love him!)

Shannen Doherty:  Played Brenda Walsh on Beverly Hills, 90210; She loves DRAMA, apparently everyone hated her while filming 90210, so it will be interesting if she’ll clash with anyone on DWTS

Kate Gosselin:  Um, everyone knows who she is; Can you believe she’s doing this?  She says she’s going to practice the routine during the week, while watching her children back in Pennsylvania.  Um, yeah…right.  She’ll never see her children!

Evan Lysacek:  Vancouver gold medalist in figure skating; Guessing he’ll have the best male natural talent, and will also be vying for the women’s favorite eye candy vs. Jake (from the Bachelor)

Niecy Nash:  The Clean House host; I love her show, but she’ll most likely be out quick because of her annoying voice, lack of talent, and not enough of the popular vote.

Chad Ochocinco (85 in Spanish):  Football player for the Cincinnati Bengals; He definitely loves the spotlight, so that won’t be a problem.  He’s known for his creative end zone dances, and for changing his last name from Johnson to his jersey number, 85.  Football players tend to get far, and he’s also paired with Cheryl Burke, who has won a couple of seasons.

Jake Pavelka:  Pilot and was the last Bachelor; He’s too stupid to win, he picked VIENNA!  Boo.  Enough said.  And how unfortunate too that we’re going to have to watch her every week sitting on the front row, with her lovely hair extensions and all.  I would say he should get kicked off early, so we wouldn’t have to see her anymore, but he’ll have the fans vote, or maybe not.  🙂

Nicole Scherzinger:  Singer for the Pussycat Dolls, also do you remember her in Eve 6 or something like that, it was a long time ago on MTV about an all girls band?; She’ll definitely have the talent, and she’s paired with Derek Hough, he’s won before.  My guess is she’ll get pretty far.

Aiden Turner:  Actor on All My Children; He’s the only one I have no idea who he is.  I don’t follow that soap.  Maybe he’ll be the dark horse, but I’m guessing he won’t have the popularity vote.  Unless he’s really hot.  I can’t tell from just a picture of his face.  If he is, he’ll be competing with Lysacek and Pavelka.  I guess we’ll have to watch and find out!

Should be a good season!  What do you think of the celebrities in this upcoming season?  Any guesses on who will win it?