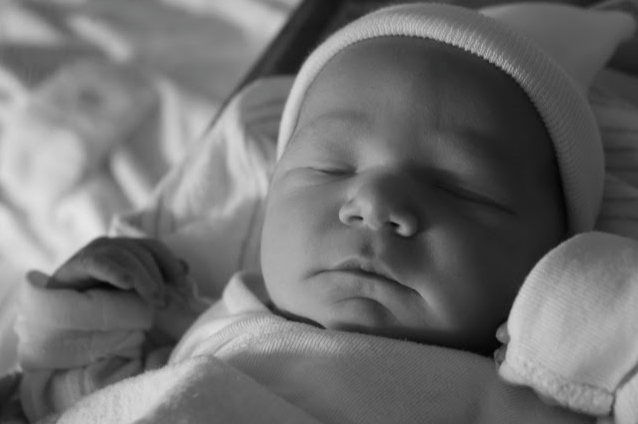 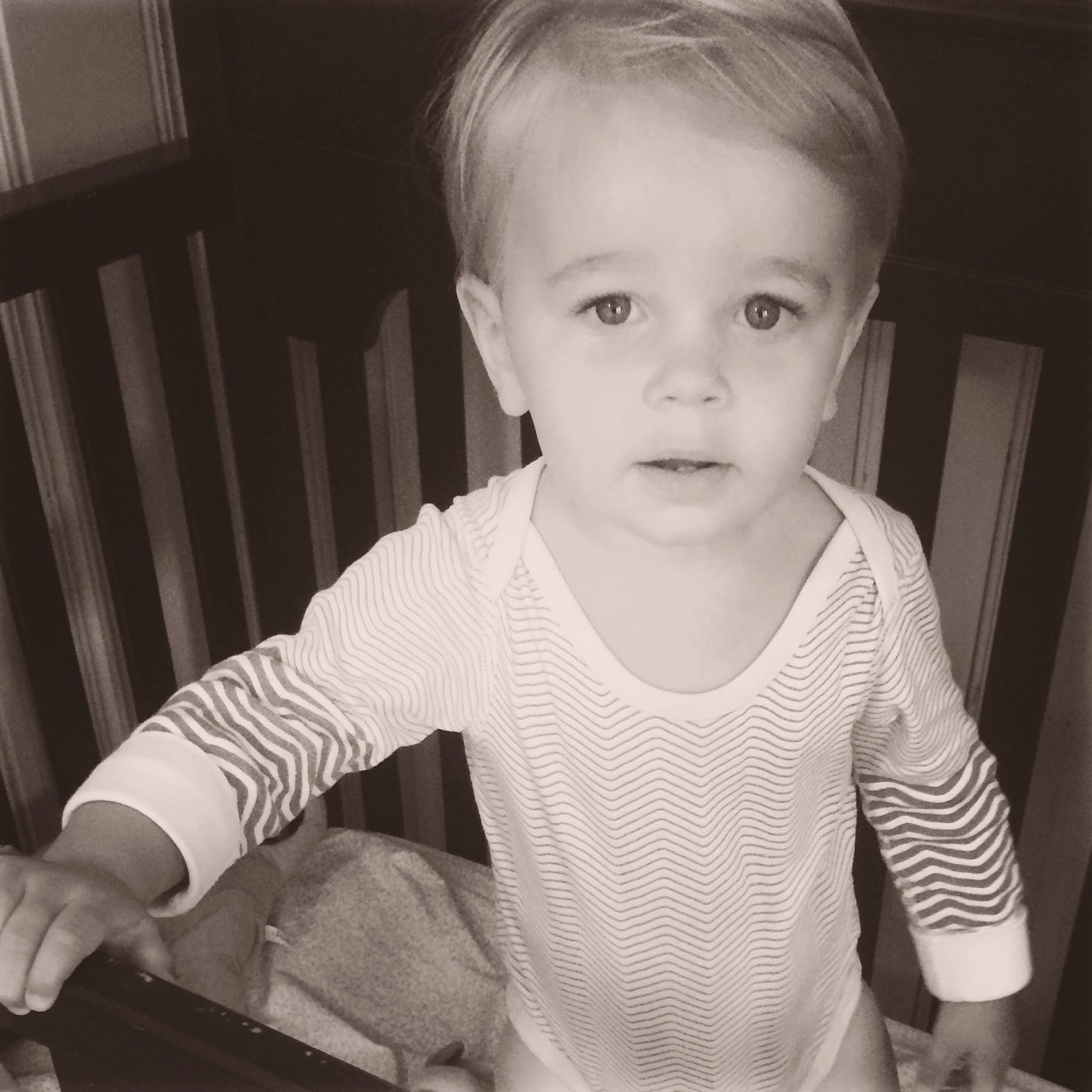 I rarely repeat a post but have had some readers email recently, inquiring about how I’m still able to get my four children to nap in the afternoon.  I thought I’d pull this one out of the archives…
Today’s post was from February 2013.  Vaughn was only four months old when I wrote this post, so things have changed a little, but I still agree with all of it.  My new additions are in italics.

How I Do It: Sleep
A Well-Rested Child = A Happy (Mostly Obedient) Child
Sleep is the necessity of life.  Sleeps helps your metabolism and gives you energy everyday.  Even if you’re not exercising, eating right, etc. sleep is the easiest thing we can do for ourselves, that will benefit our bodies in the long run.  It re-charges us, eases are minds, lets us start another day, after a bad one, perhaps?  One goal for yourself, if possible, is trying to hit the hay even thirty minutes earlier than normal, and see if that makes a difference.  While I’m not one to go bed at the same time every night, I try to at least aim for six-eight hours of straight, non-interrupted sleep each night.  To the new parents out there, I realize that’s not going to happen anytime soon, but you’ll get to catch back up sooner than later.  While sleep is vital to us, as mothers/fathers/human beings, it’s imperative that children get their zzz’s, too.  As a parent of four, that’s easier said than done sometimes.
Helping your baby sleep.  When I had my first child, I just assumed they’d cry to eat and/or if they had a dirty diaper.  Little did I know that if they cried because they were tired, they wouldn’t just fall asleep.  That was way too easy!  If they’re not tired enough, they might cry.  If they were overtired, they might cry.  Talk about crazy times?!  I tried to read so many books about how to help your baby sleep better…and longer (sleep training, Ferberizing, etc.), but I would end up getting too overwhelmed and stop the book.  Well, in my opinion, there are just way too many books and theories out there, and I found that doing what was natural to me, was the best for my babies.
While I loved rocking my babies, I would put them down in their beds to sleep, before they nodded off to sleep (thanks to the recommendation of my pediatrician).  This way they would be okay with going to sleep on their own, and not needing me to rock them to complete sleep every night.  Also, this would prevent them from waking up in their beds, wondering where their mother’s/father’s arms were, that they fell asleep in, earlier in the evening.  If you’re wondering whether or not they cried when I put them in their beds, well, sometimes they did but eventually that would subside, over time.  Just like any routine, once they got into rut they wouldn’t cry anymore.  Like any of you, I hate hearing a baby’s helpless cries, but if you want your sleep (remember, it’s important for us too, not just the baby), then know that a little crying is okay.  I have a ten-minute rule that worked with all four of mine.  If I put my child to bed, and they cried for longer than ten minutes, I would go in and check on them (diaper dirty? needed to burp? still hungry?), if all that was handled, then they were okay, back to bed.  From my pediatrician: New formula-feeding mamas, one thing to keep in mind, if your baby seems hungry and only eats 2oz, and then dozes off, he/she probably isn’t all that hungry.  Most babies will drink 2oz, whether they’re hungry or not.
Cherishing the napping hour.  Even now, I never try to keep my children awake during the day, so they will sleep longer at night.  Sometimes, I feel like the longer they sleep during the day (even infants), the better they sleep at night.  As far as naps go, I don’t have an exact hour everyday they go to down for naps, but it’s always early afternoon (from maybe 1-3pm).  I put them all in their beds at the same time (all in different rooms, so if one gets up early, they don’t wake the other one).  Remember, I’ve mentioned before that I have a small house.  While Logan sleeps in a crib at night, during nap time, Wheeler sleeps on the bed in Logan’s room (and Logan sleeps in a pack n’ play for nap time).  I make it work!  Remember, it’s ‘how I do it’, right?  I do this so Wheeler and Effie (who share a bedroom at night) can have their own space for nap time.  While Effie goes straight to sleep at nap time, Wheeler loves to play for a little bit, and then naps.  So naturally, they get up at different times, and Effie would never nap, if her sister were in the room, playing before her nap.  As far as napping all at the same time, it’s just like any other routine, once it’s started, they eventually understand that once they’re put in their beds, they’re to go to sleep.  Now I’ll be honest, Wheeler has started staying awake during nap time (I mean she just turned six after all), but at least she’s having some quiet time in her room, which is healthy for not only herself, but for my health/sanity, as well.  A time during the day for peace and quiet.  So grateful for that.  Definitely my saving grace right now.  In the Fall, she’ll start Kindergarten and will go to school from 9:15-4:15 (such a long day!) so she’ll truly be in for a rude awakening, but I guess every child has to grow up!  I know it’s going to be an adjustment, but we’ll deal with that when that time comes. 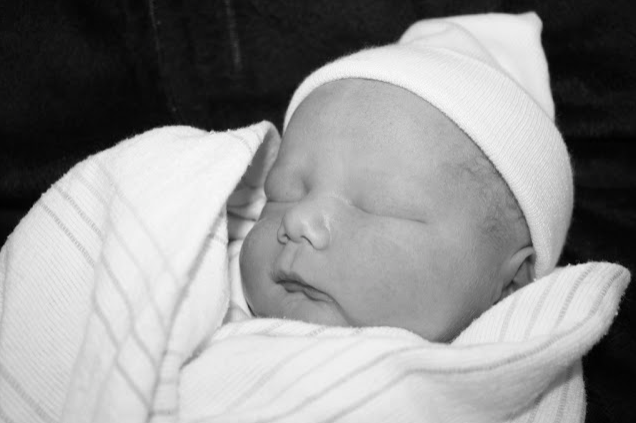 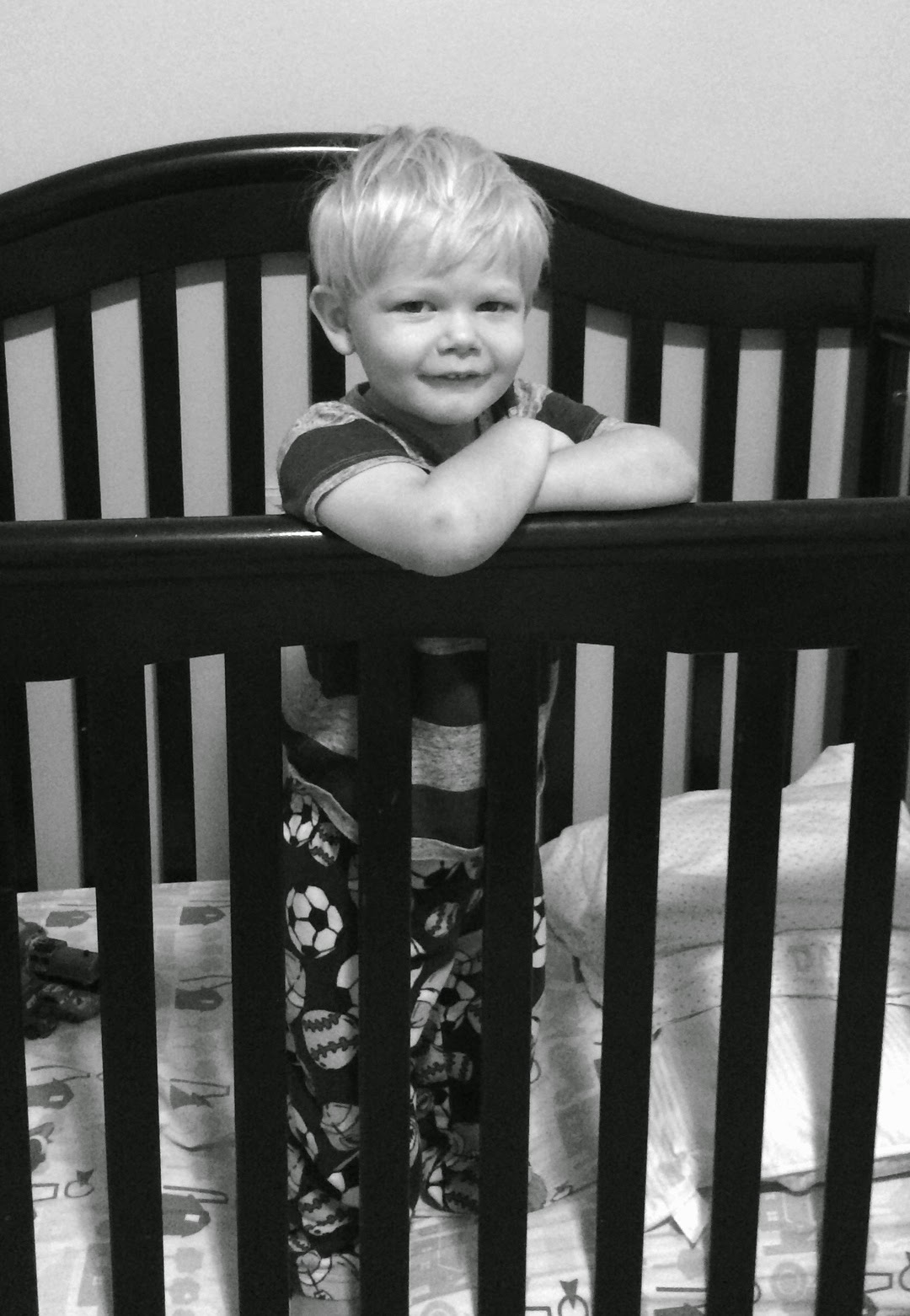 Developing a good bedtime routine.  Most children function best with structure.  At night, even if it’s brushing their teeth, a book and prayers before tucking them into bed, my children know that when I say it’s time to brush their teeth, it’s time for bed.  One thing I’ve learned is while a routine at bedtime is necessary, don’t make it too specific that if you have a sitter, your child gets upset that “they’re not doing it right!”  Been there, done that!  And in case you’re wondering, no, I do not bathe my children every.single.night.  That is not, nor will it ever be, a nightly bedtime routine.  Talk about time consuming…but I do love a good bath time…every other night (more on that in a later post)!
I don’t have a particular time that my children go to bed.  While the boys generally are in bed by 6 (update: they now go to bed around 7), and the girls in bed by 7 (update: they now go to bed around 8), it really just depends on the day.  If they’ve been extra tired/whiney that day, they may go to bed earlier, because they clearly need the sleep.  But if they’re in good spirits, they may go to bed later…it just depends.  But in either case, the bedtime routine always stays the same.  And yes, I do have times when the girls try and get back up, after I’ve turned the lights out (“I want water.” “I need to go to the bathroom again.” “I need a tissue.” You get the picture.), but we’ve solved that problem by offering them a reward in the morning (Hershey kiss, Twizzler, etc.), but only if they stay in their beds, after the lights go out.  I know the working parents out there like to keep their children up a little longer at night, since they haven’t seen them as much during the day, and I totally get that.  I’d be the same way.
Like I always say, everything, including routines, work in our own lives, because we know what works best for us.  It’s what’s natural to us.  And in this case, this is ‘how I do it’ with creating good sleep habits for my four kiddos.  Just remember, when creating your own routine (with or without children), to incorporate more sleep.  It works wonders!

I hope y’all have enjoyed this weeks’ ‘How I Do It’ on sleep.  I’m really enjoying this ‘How I Do It’ series.  It’s really making me think about my life, and how I handle things.  Maybe even helping me to prioritize things a little better, too.  Thanks to so many of my readers for the requests and recommendations on putting it together.
If any of you have other How I Do It posts you’d like me write, please email me: sweetsouthernprep at gmail or comment below.  Thanks! 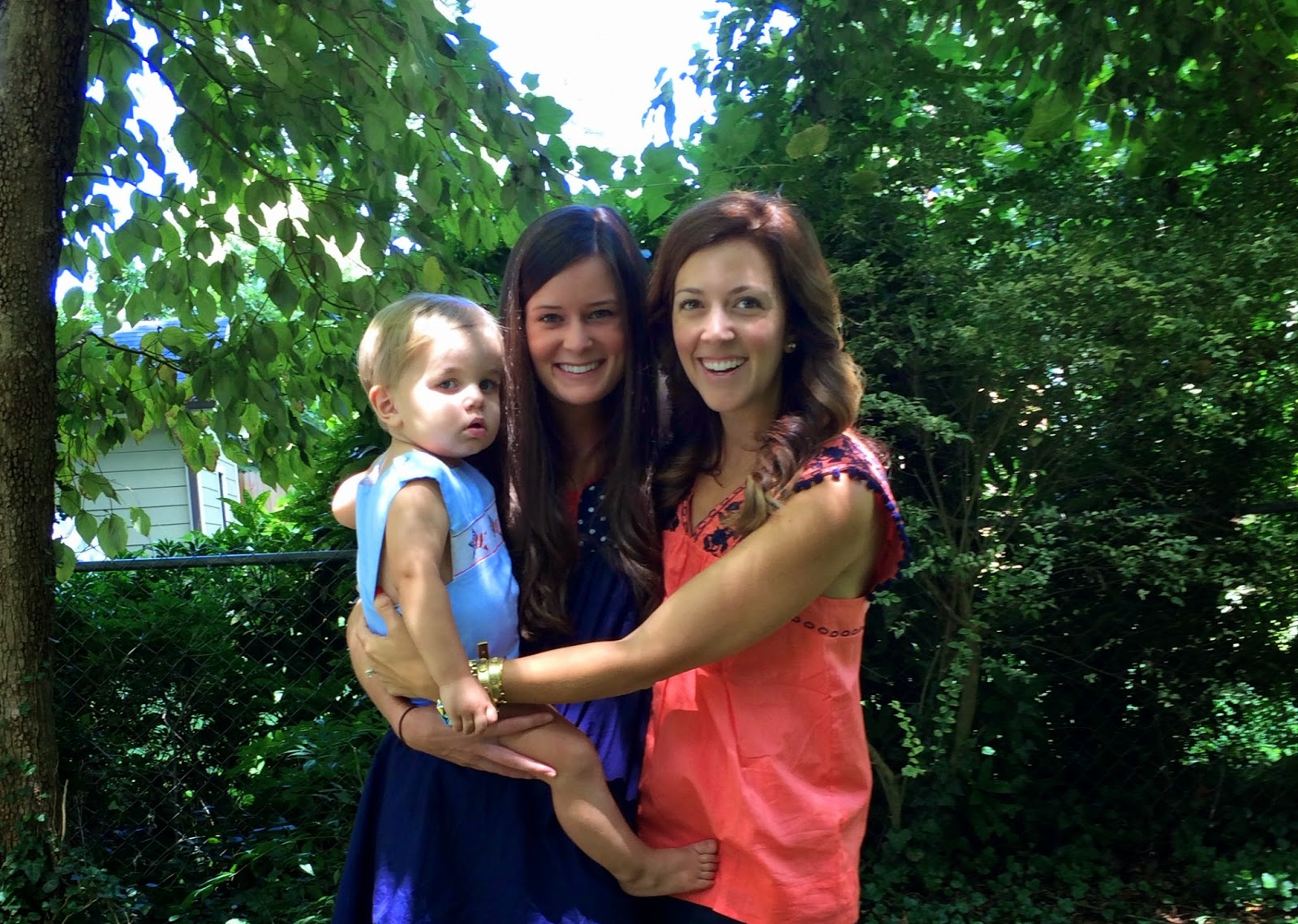 We had a wonderful 4th of July weekend.  The weather was unreal!  Cool with a breeze in mid-July?  We had a barbecue with family.  This is my youngest sister, Mary-Chase (#6 of the 6).  Pom-Pom Top 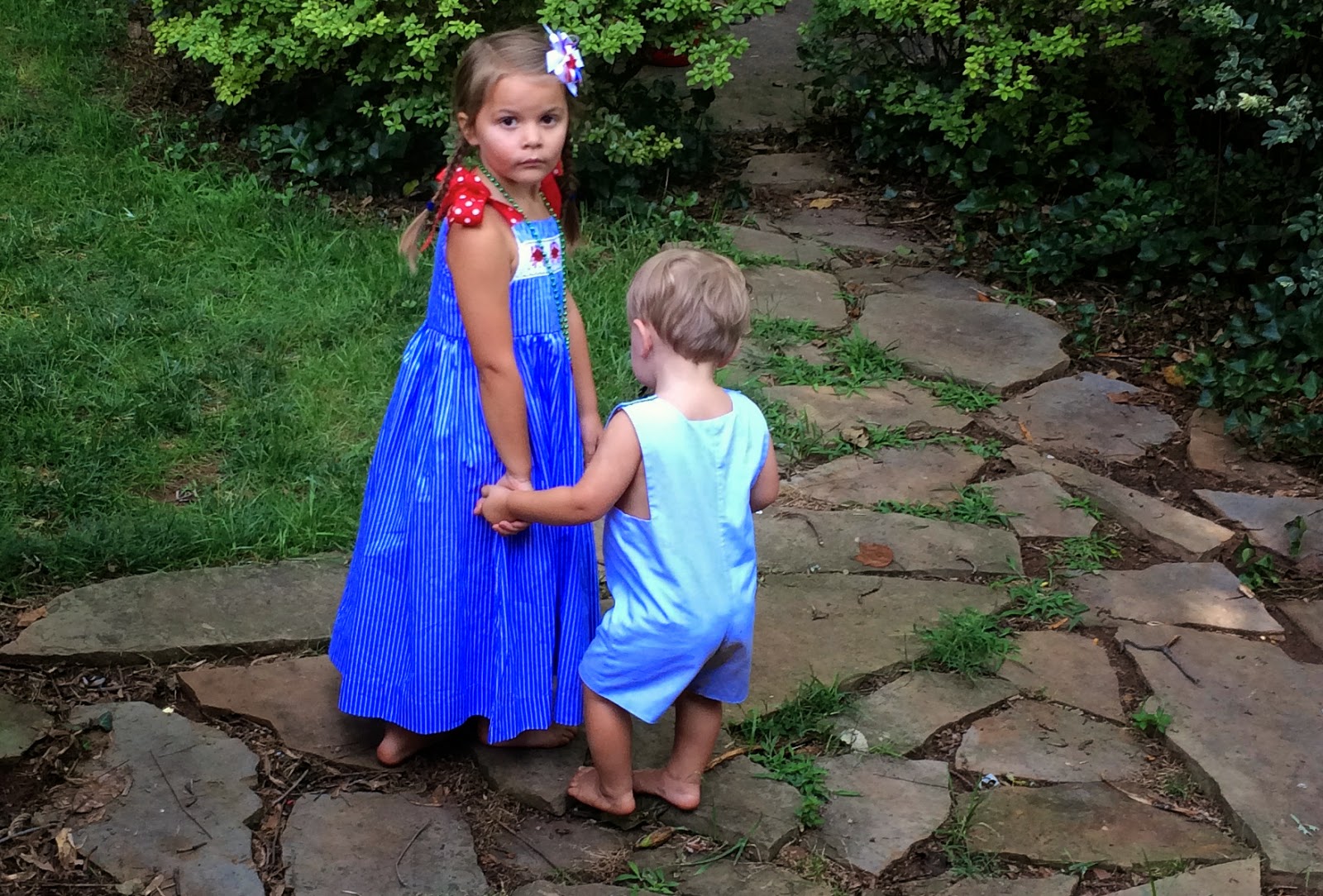 Effie’s favorite thing to do right now is hold Vaughn’s hand whenever they play outside.  It’s the sweetest thing, and even sweeter that Vaughn lets her.  I’m sure you noticed her dress is super long.  When I was looking in their closet, she saw this one and grabbed it immediately…I couldn’t tell her no.  Let’s just say she’ll be wearing it for years (and years) to come. 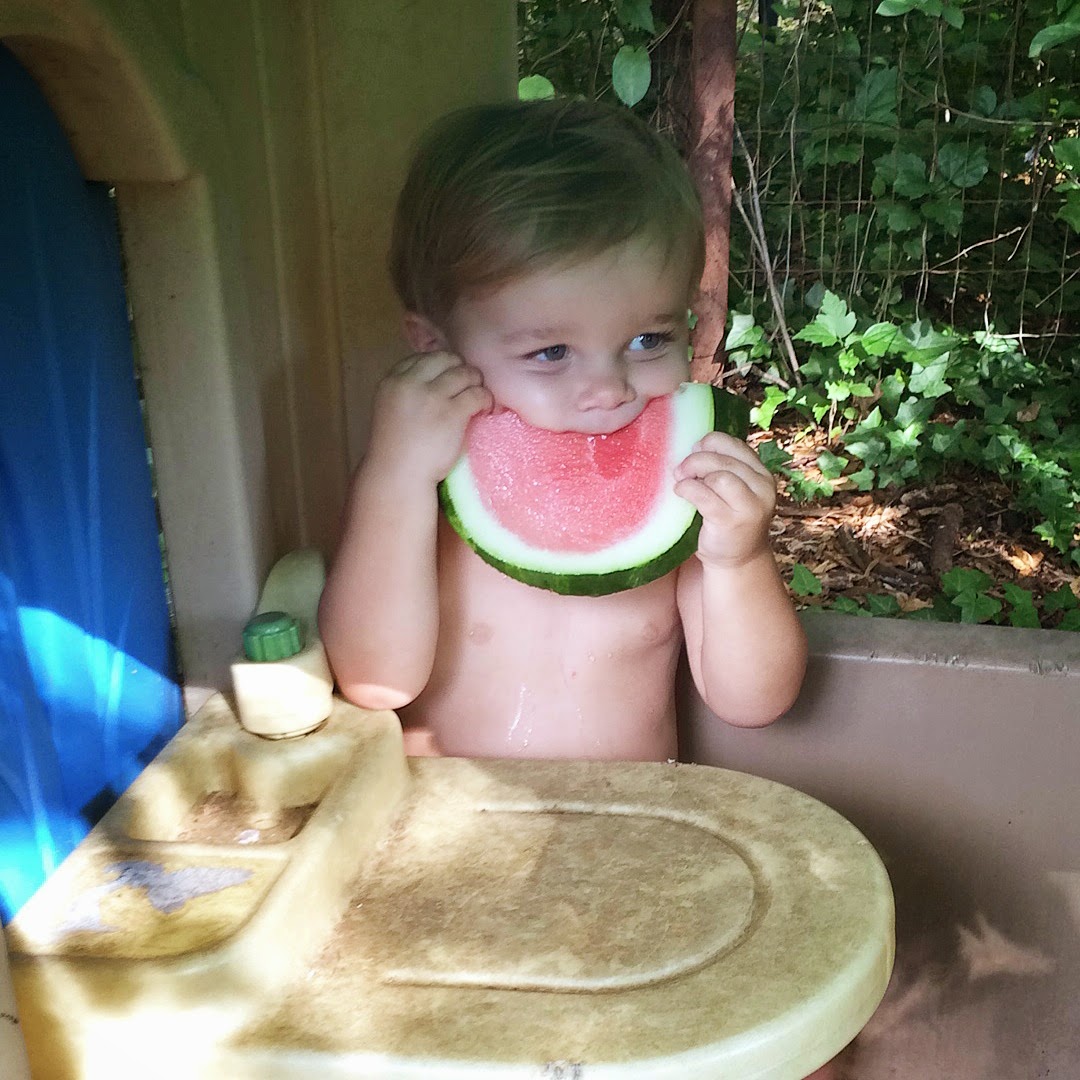 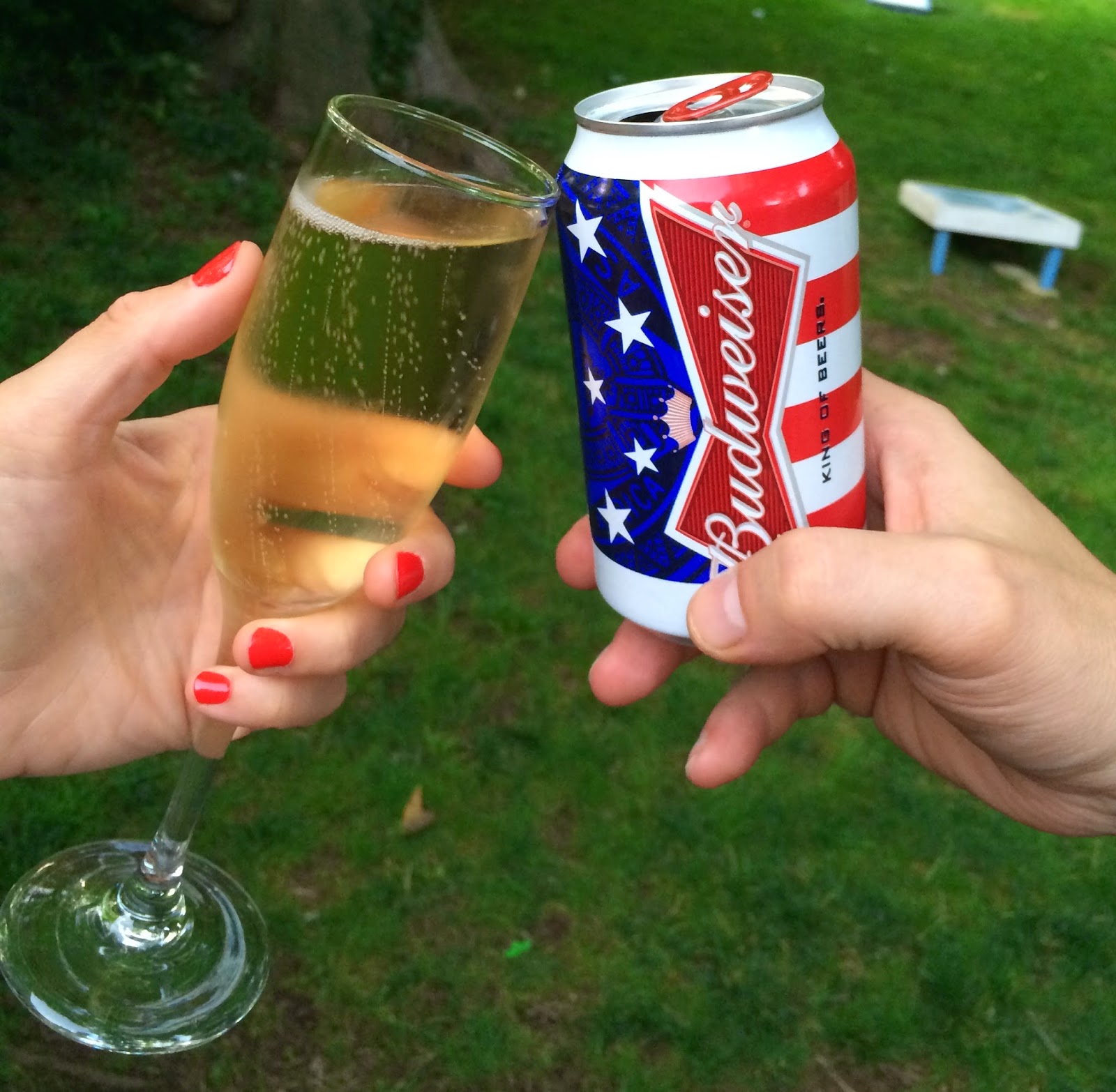 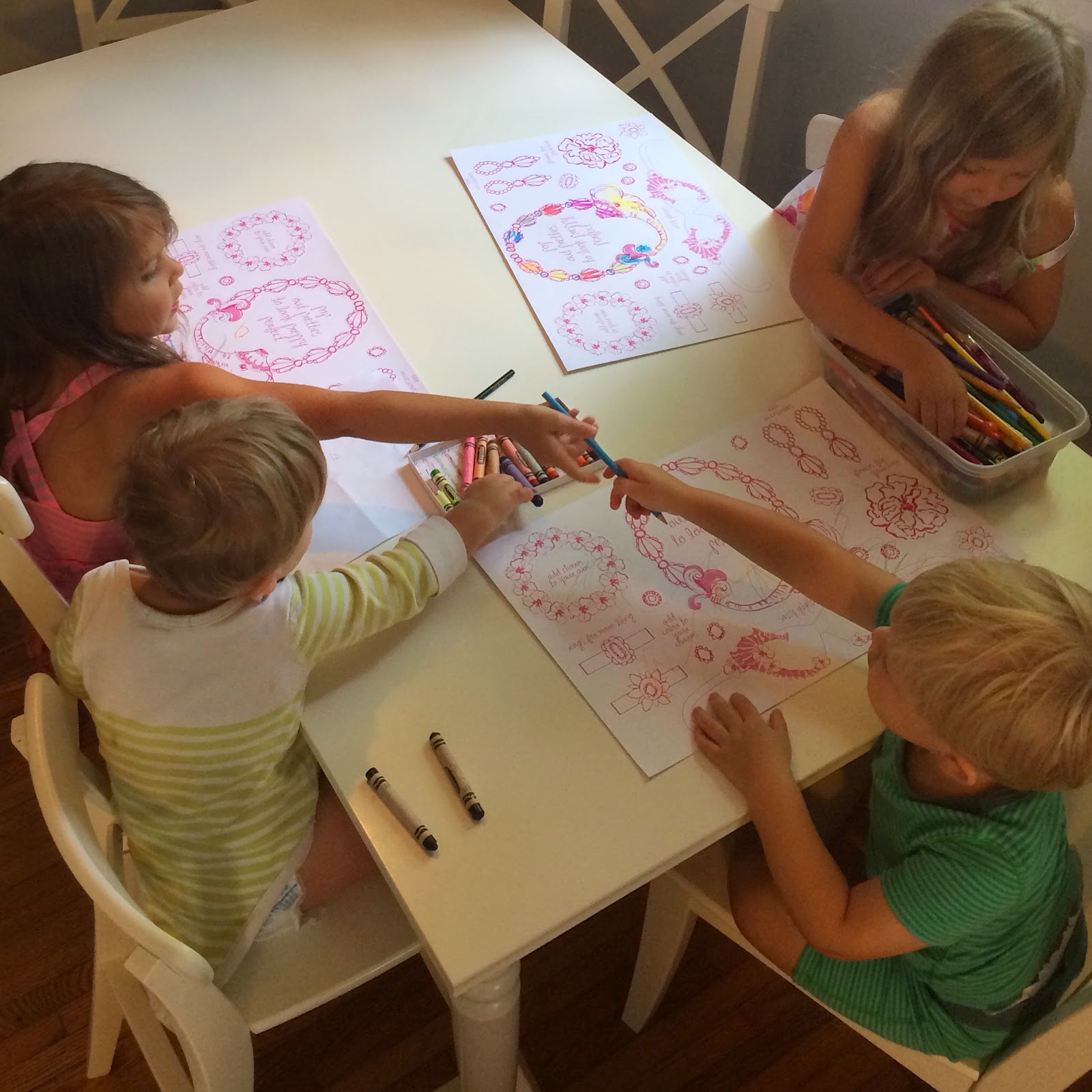 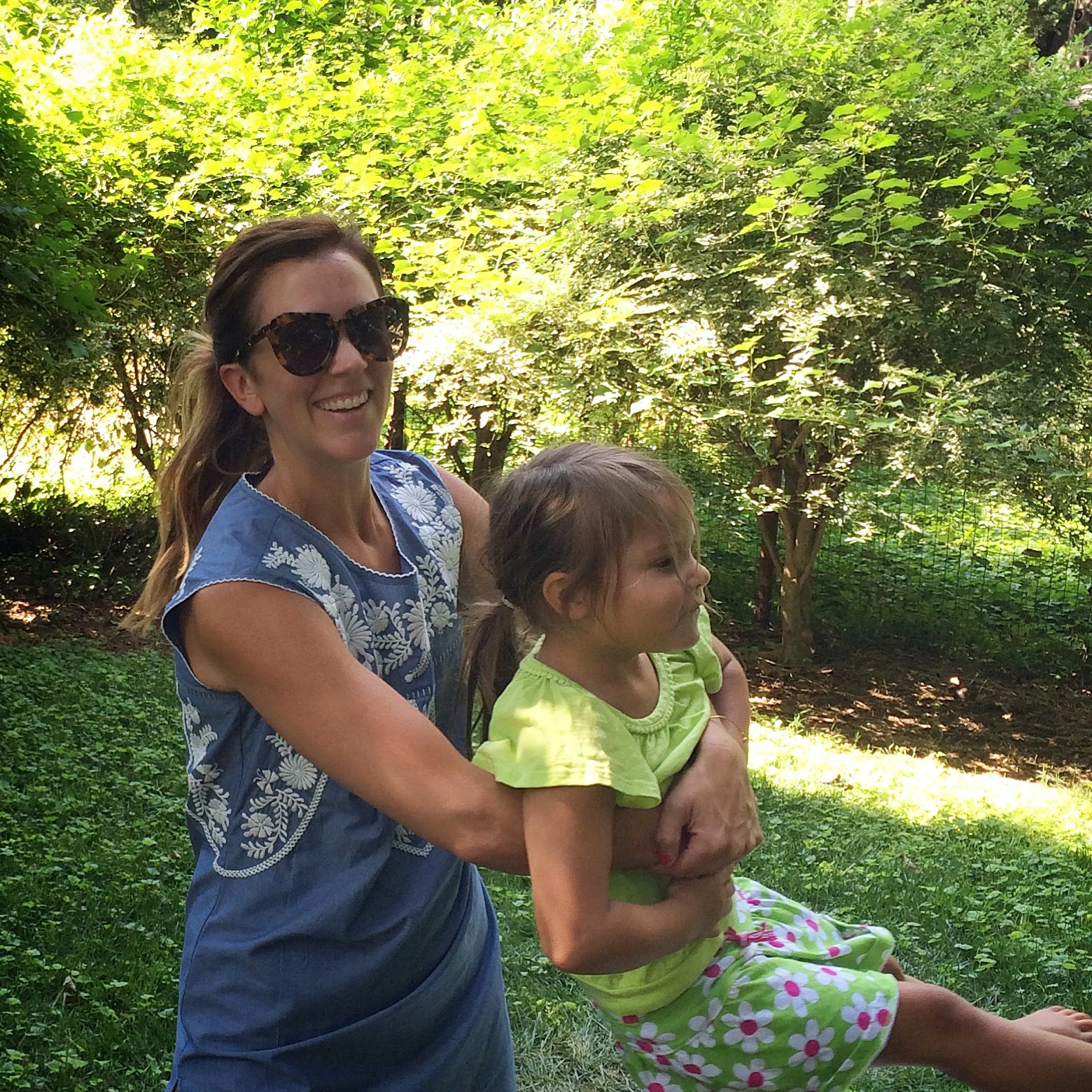 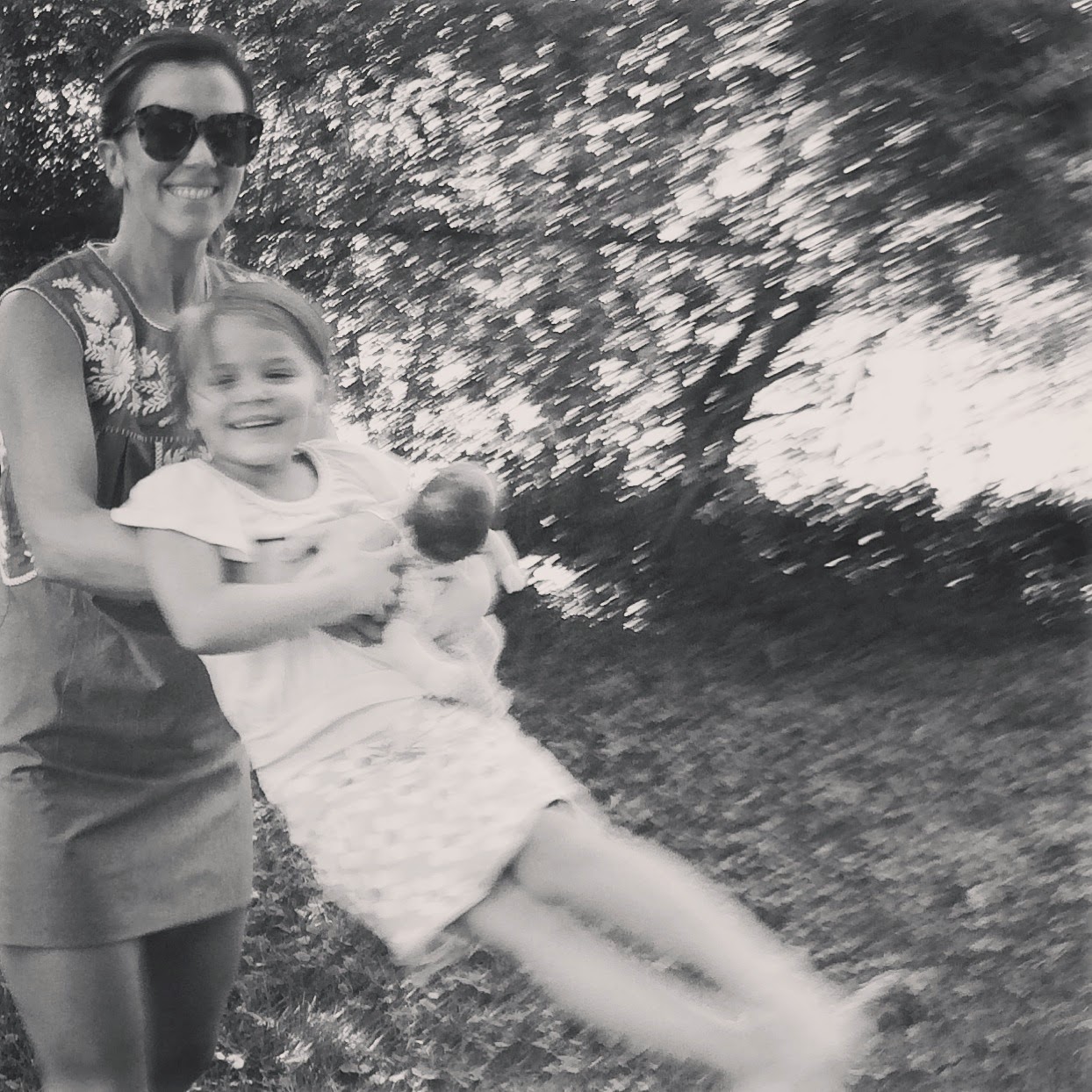 Hope y’all have a great start to your week!  I’m off to take the kiddos to get long overdue haircuts!