Obviously, with all the work we’ve been getting done to our house, we’ve been sticking around town.  Thankfully though, we had the hubs’ cousin, his wife and their two kids in town to visit the other weekend, and had the best time!  And yes, we all managed to squeeze into our teeny house.  Blow-up mattresses, crib mattresses and pack and plays were all involved.  But it worked!  And even with workers there, showing up UNEXPECTEDLY on Saturday morning.  Of course you know how that goes…AND they said they’d be done for the day by 3:00pm.  Well…7:30pm rolls around…and they were still there.  Thankfully, the weather was beautiful and the children were in good spirits, even after skipping nap time, so we were able to spend a lot of time outside! 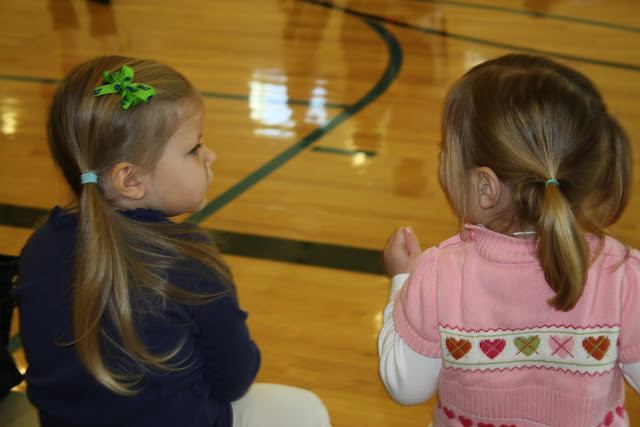 Cheering on W’s daddy’s basketball team, that he coaches. 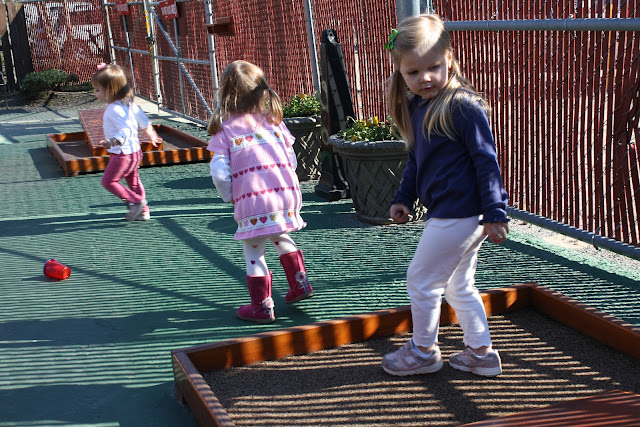 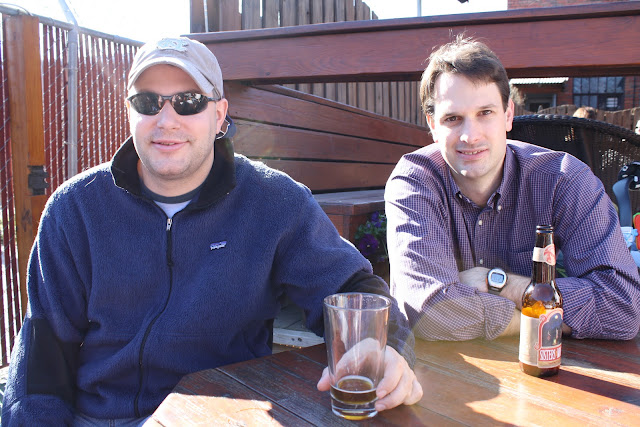 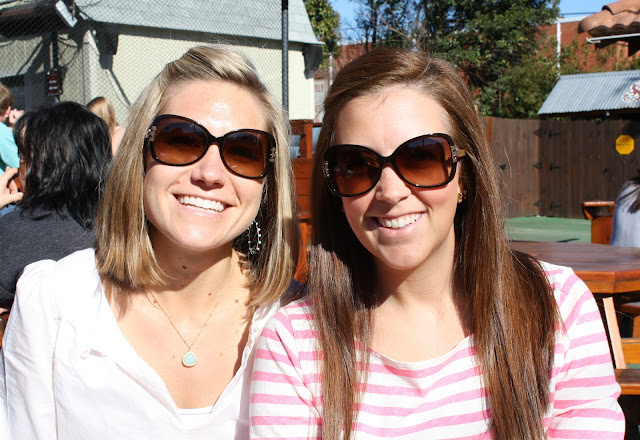 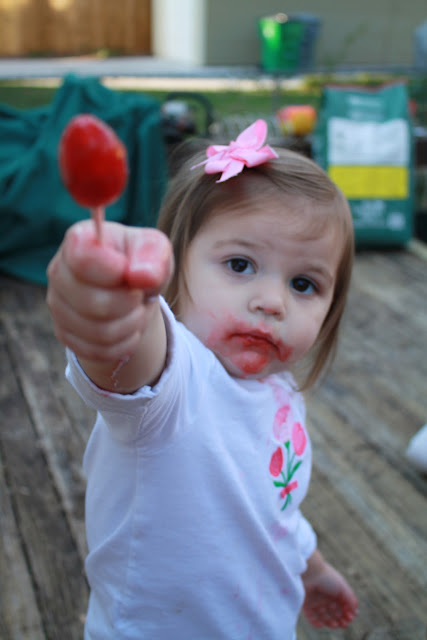 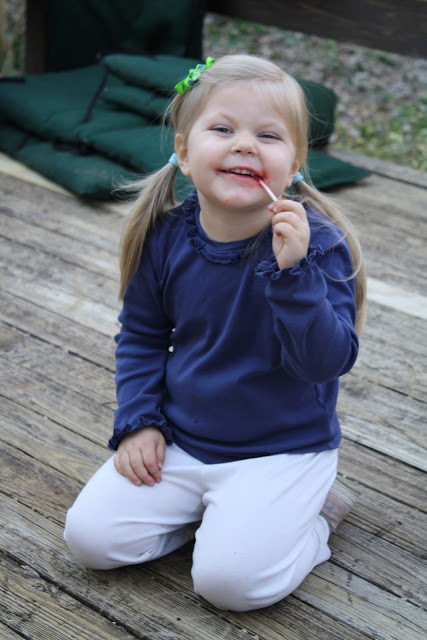 Our newly pressure washed deck, before we re-stained it. 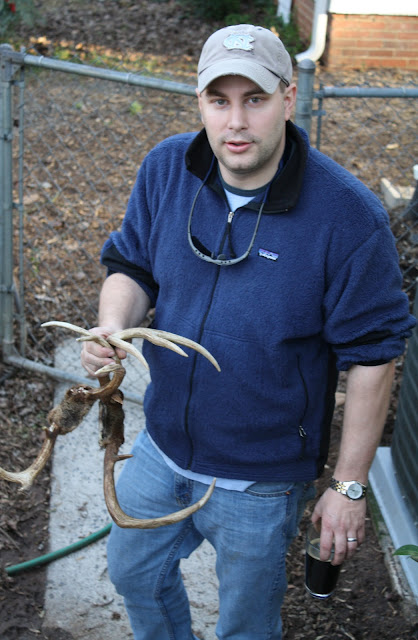 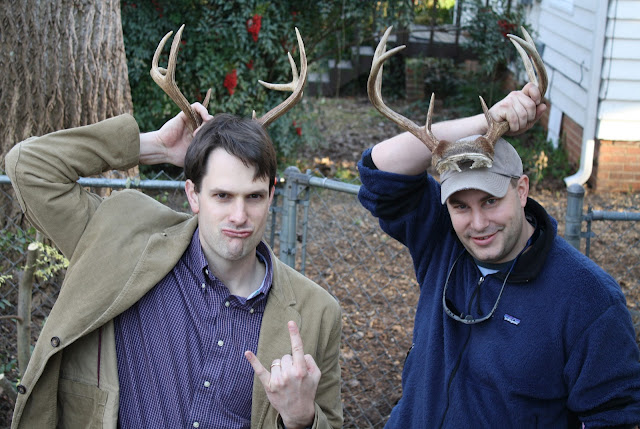 The hubs, showing off his latest kills. 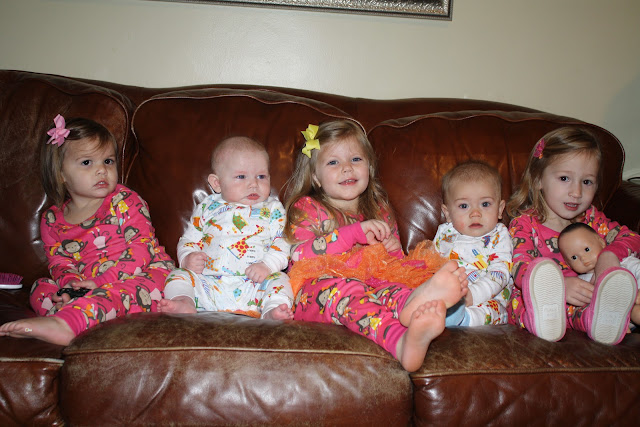 All the kiddos, after their baths.  Doesn’t E look thrilled? 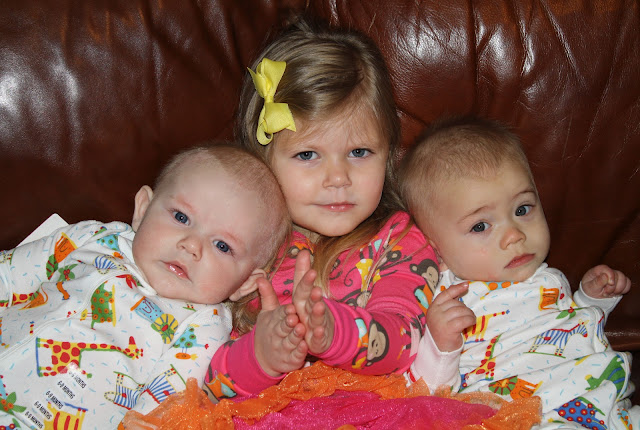 W, with the boys. 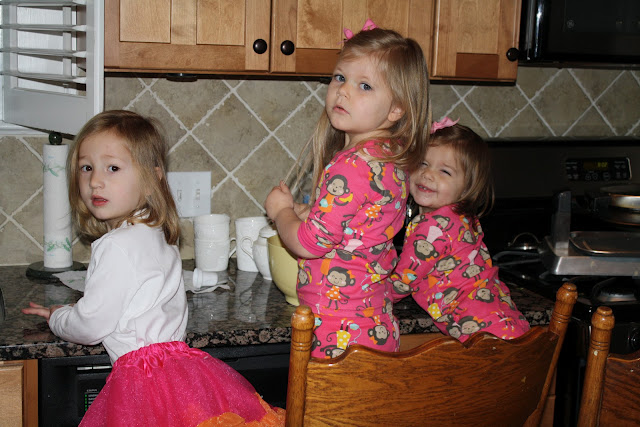 Preparing to make waffles.  E is such a spaz – look at that goober grin!
The BIG rivalry is tonight.  So excited for my Tarheels!  They’re going to whip up on those Dookies! 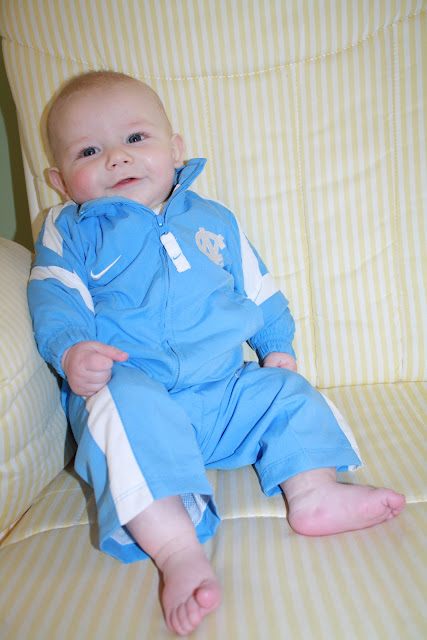