Well, when our pools aren’t open in the mornings, until public schools get out (this Friday), and it’s over 90 degrees, we find every way we can to beat the heat.  Yesterday, we had a playdate and played in the inflatable pool on our back deck.  Today, we hit up the splash grounds, in a nearby neighborhood, with some friends. 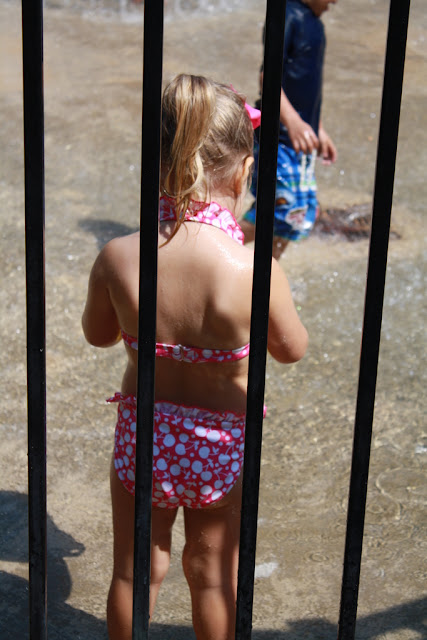 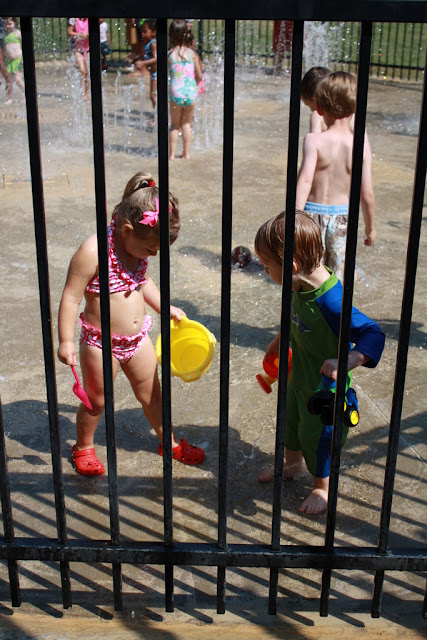 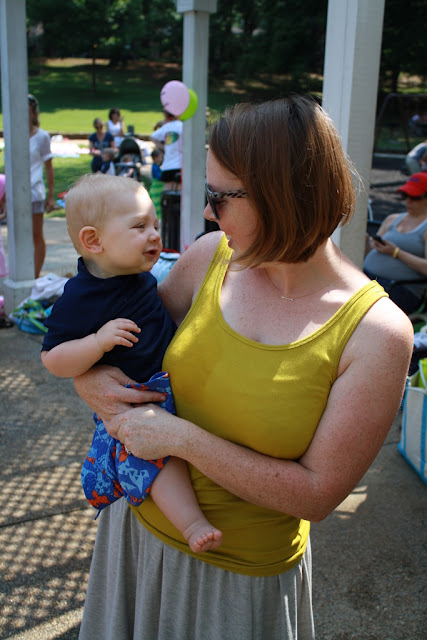 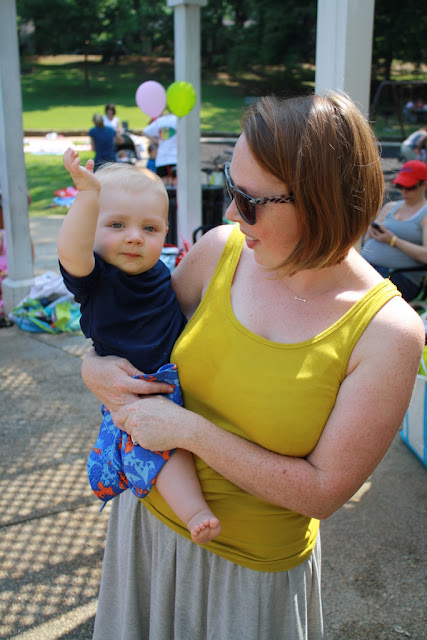 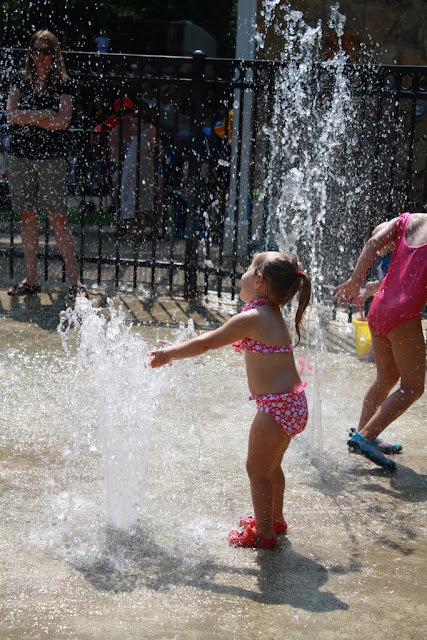 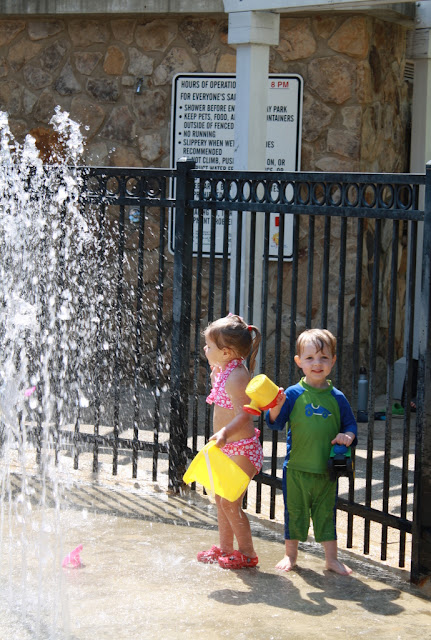 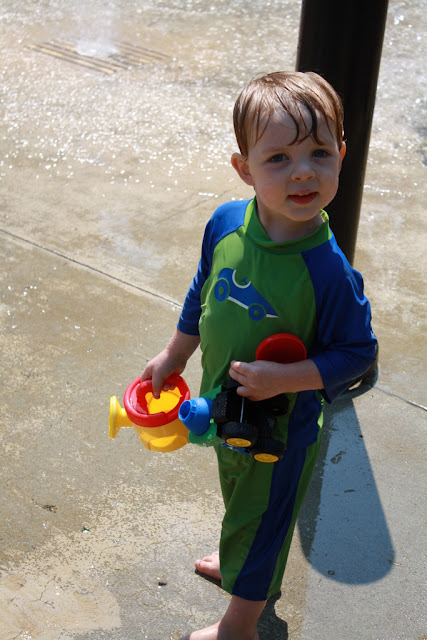 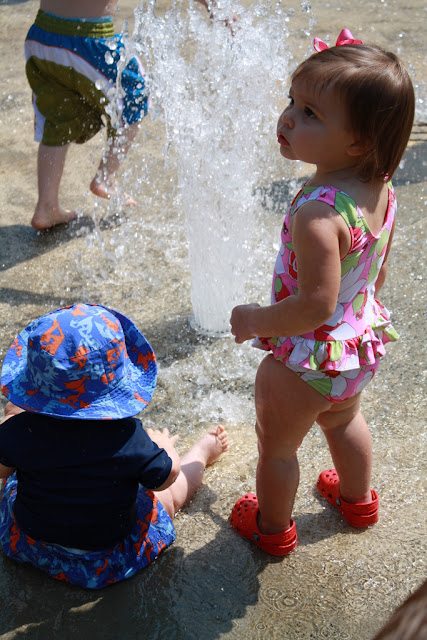 W’s birthday is coming up.  Still can’t believe she’ll be three this month!  I’ve been trying to get everything planned out, and found this company, Meri Meri, on Zulilly the other day, and ordered some party favor bags, among other things, for her party.  They have an array of party decor and stationery sets.  I really loved the Peter Rabbit theme for a boy.

I received the Meri Meri order last week, and absolutely love all of the items!  The favor bags are so fancy and cute, as are the plates and cupcake toppers (I’m going to stick some of the fairies on the cake, and save the cupcake holders for later). 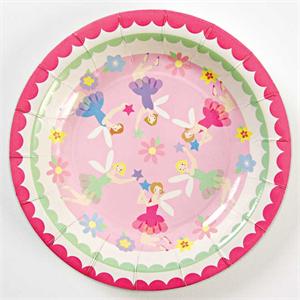 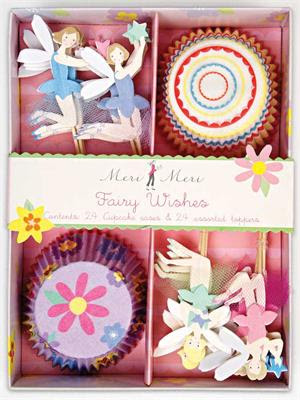 As you know, I cannot get enough of Lilly, especially with all of their blue they have this season.  Look at this great number that just arrived in stores.  Such a fun summer dress! 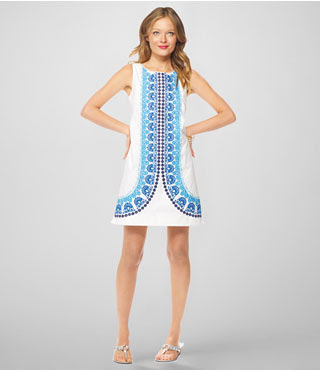 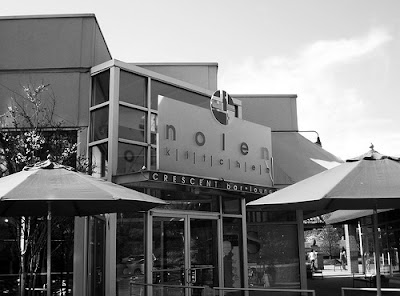 and then to see a production of Hello, Dolly!  Can’t wait! 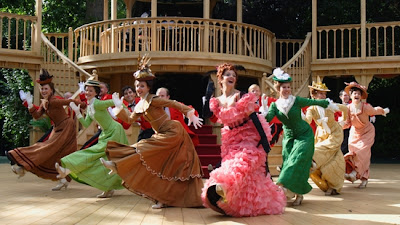 I’ve already got the song stuck in my head…Well, Hello, Dolly!