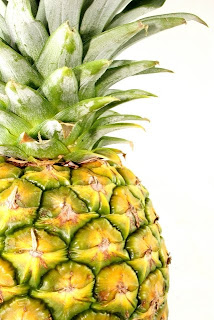 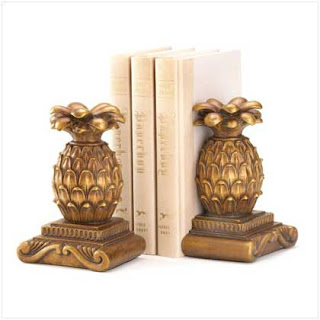 I obviously love the pineapple symbol and know it represents hospitality, but wasn’t quite sure how the pineapple came about being the symbol.  I researched some info on it, and found this:

According to WikiAnswers, Christopher Columbus was the first to write about the pineapple in one of his journals.  He wrote that when he and his men landed on the island of Guadalupe that they were served the sweet, succulent new fruit.  After this, the pineapple was served at most of the native feasts.  Columbus then brought it back to Europe in 1493, and everyone enjoyed the sweet taste of it.  Horticulturists took almost two centuries trying to figure out how to cultivate the pineapple in Europe.  So obviously, the pineapple was a hot commodity.  In the 1600s, King Charles posed for an official portrait while receiving a pineapple as a gift. 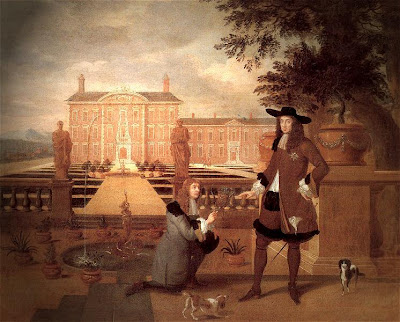 In colonial America, hostesses would set a pineapple in the middle of their tables when guests were to come over.  The concept of hospitality was a central element in colonial life.  The pineapple, then, symbolized the warmest welcome a hostess could extend to her guests, and then it was often served as the dessert. 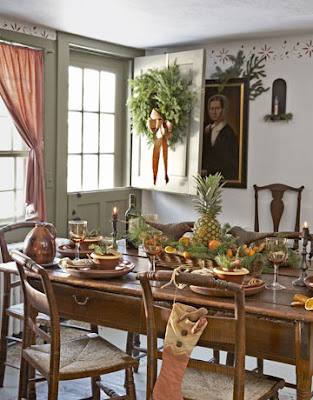 “Creative food display became a competition among the hostesses, because it declared her personality and her family’s social status. Hostesses tried to outdo one another in creating memorable dining events. In larger, more affluent homes, the doors to the dining room were kept closed to create an air of suspense and excitement over the preparations of the hostess. Colonial grocers sometimes rented pineapples to hostesses desperate to create a dining experience above their financial means. Later, once that hostess had returned the pineapple, the fruit would be sold to more affluent clients who could afford to actually buy and eat it. Regardless of ones financial ability to actually buy and eat the pineapple, however, visitors to the homes that displayed the pineapple felt particularly honored that the hostess had spared no expense to secure one in their behalf.” 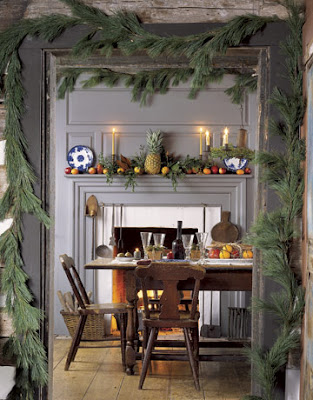 “By the Gilded Age, which was the era in which Samuel Couples lived, through the present day, the pineapple became a familiar symbolic image of welcome, good cheer, and warmth and affection between all who dwell inside the home.” 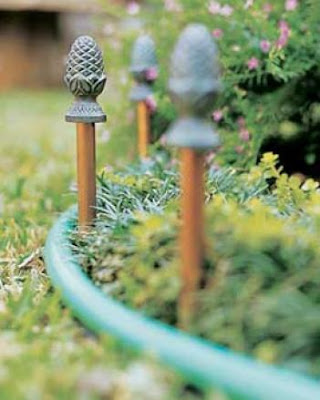 Sorry if I bored y’all too much with this, but I thought it was so interesting!  You learn something new everyday, right?

34 thoughts on “Monday Manners: Why a Pineapple Symbolizes Hospitality”