…then don’t say anything at all, unless it needs to be said.  Haha. 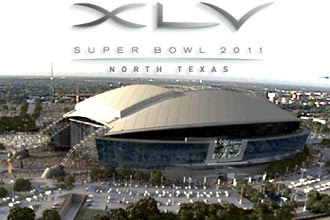 Did y’all enjoy the Super Bowl?  I have my opinions.  First, it was a GREAT game!  I’m so glad Green Bay won!  Aaron Rodgers deserved it.  Thought it was funny that Chevy gave him that Camaro for being MVP, when he clearly could afford something better with his salary.  And as for Ben and his Steelers?  One word, KARMA.  Be nice to girls from now on Benny, and maybe your team will win their seventh SB, one day. 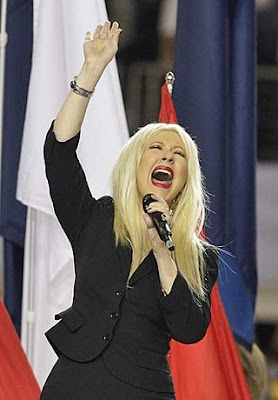 Christina Aguilera:  Learn the lyrics, it’s kind of a big deal.  Less is more – regarding make-up and voice.  She way overdid both. 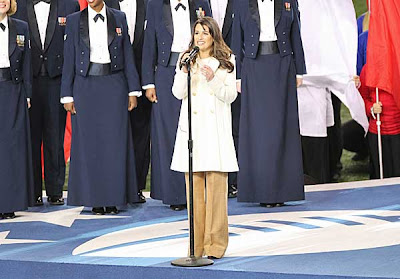 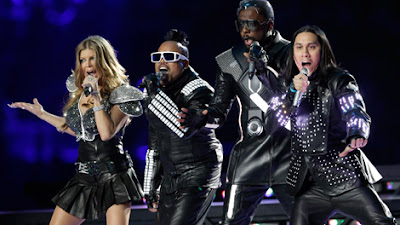 Halftime Show:  Man, I was so bummed the Black Eyed Peas weren’t better.  I think all of the hiccups with the production really threw them off.  I think Fergie said her ear piece wasn’t working, and the sound was off sometimes on different microphones.  They’re definitely better in concert.  I just hated it for them, because it didn’t showcase how fun and entertaining they really are to watch.  Also, that stage was just way too big, especially since there wasn’t a band.  But good for them, for not lip-syncing it, as many Super Bowl performers have done in the past.  LOVED Fergie’s hair!  They’re still my favorite running music!

Favorite Super Bowl commercial:  Sprinkling the Doritos on the grandpa’s ashes.  Hilarious.  Most of the other commercials tried way too hard.  Sometimes simplicity is key.  #2 Favorite: “The Force” Darth Vader one, #3: the Faith Hill one.  Notice how I don’t even know what most of the commercials were advertising.  Haha. 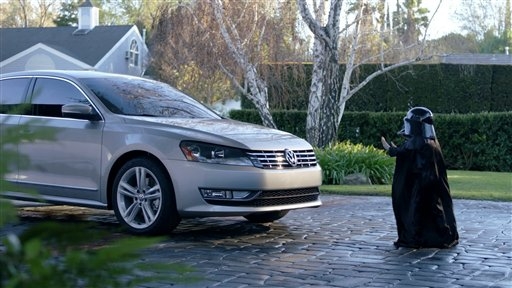 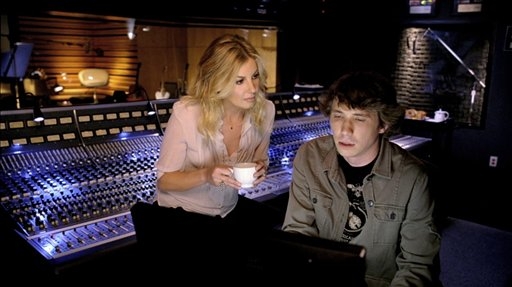 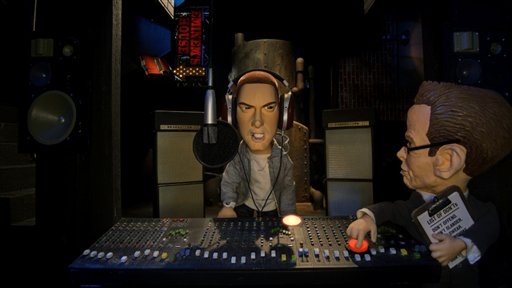 And in conclusion, I have a question for y’all.  I’m not sure if you even picked up on it, but did you see how Eminem did the commercial about Brisk Iced Tea, and the whole commercial talked about how he wouldn’t do a commercial unless it had hot girls, his singing, at his house, and the product had to be named after him, and at the end he said, “Then I’m not doing the commercial (or something like that)”, and his clay-mation character walked off?  Well, what’s up with the Chrysler commercial then?  Lame.  He shouldn’t have done the first one.  I guess if you want the money, you’d do both though.

The girls are FINALLY better.  We got out of the house today, got my car tuned, did a little shopping at Toys & Co., went to PetSmart to see the animals, Bruegger’s and now naptime.  Ahhh, my life is back to normal!  Thank the Lord!

17 thoughts on “Monday Manners: If You Don’t Have Anything Nice to Say…”