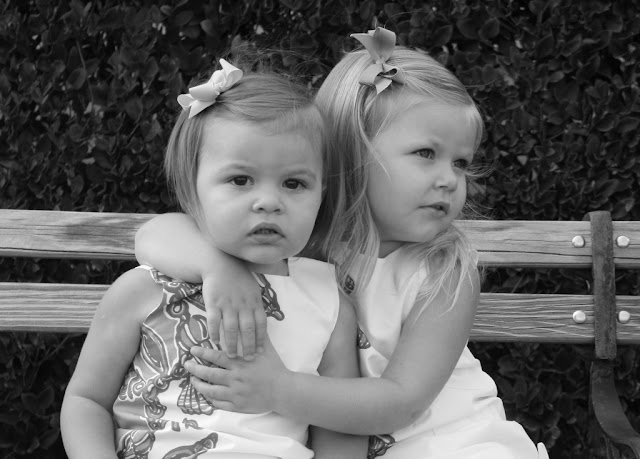 W and E (August 2011)
How I Do It: Potty Training
Two Girls, Two Completely Different Approaches 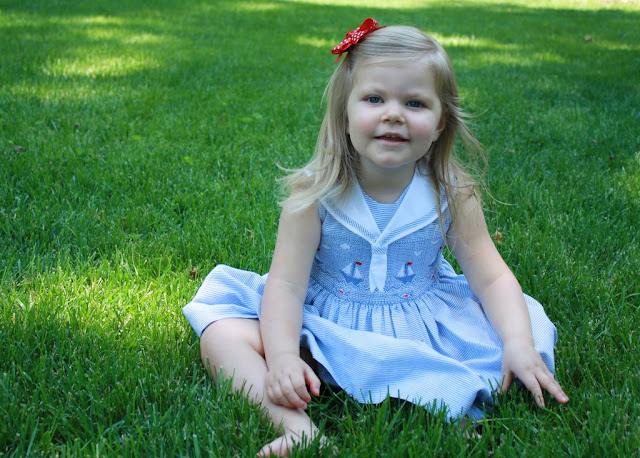 W (May 2011)
W was 35 months, when she was potty trained.  She showed no interest before then, so I never tried.  Since she was in preschool two days a week, I really wanted to wait until that summer, before I could really try to potty train her.  The day before I tried the three-day boot camp approach, I loaded up on apple juice and lots of pretty underwear.  When she awoke the first morning, I explained to her that I had run out of diapers, and that I wasn’t planning on buying anymore.  I told her that she was just getting so big, that she didn’t really need them anymore.  She was excited, and eagerly agreed!  I then took her and showed her her new Froggy Potty, that she would get to use, when she needed to go.

From then on, I stuck with giving her only apple juice, no milk, and it ran through her.  To be honest, the first day was pretty discouraging.  She had accidents all over the place, and I swear every time I sat her on the potty, she would read tons of books, and then never go.  Even trying the Elmo’s Potty Time DVD, didn’t do the trick.  But later that day, she finally went on the potty, and I was thrilled!  I made a huge deal out of it, and gave her a Skittle as her treat!  I still put her in a pull-up that night.  The next two days, she had less accidents and sat on the potty when she had to go.  For the record, the boot camp doesn’t allow for any outings, so you’re pretty much stuck inside for three days straight.  It’s pretty brutal, but for W, it worked!  After Day 3, she had it down!  We even went on a two-hour car ride, to a wedding on Day 4, and she made it there and back, without an accident (we still made her sit on a towel in her carseat for reassurance).  For those wondering which boot camp I used, I honestly just googled “3-Day Potty Training” and used different aspects of each approach, that I knew would work well with W. 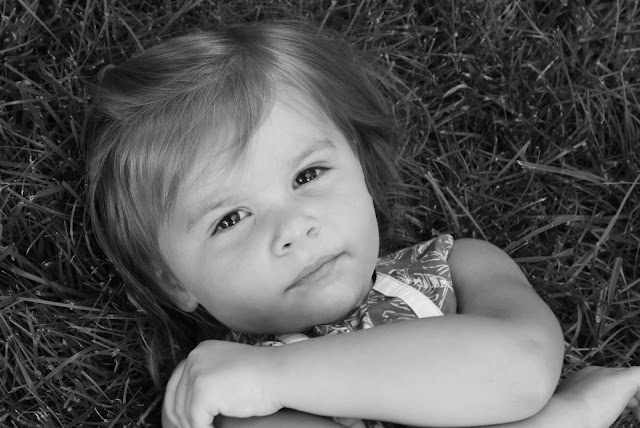 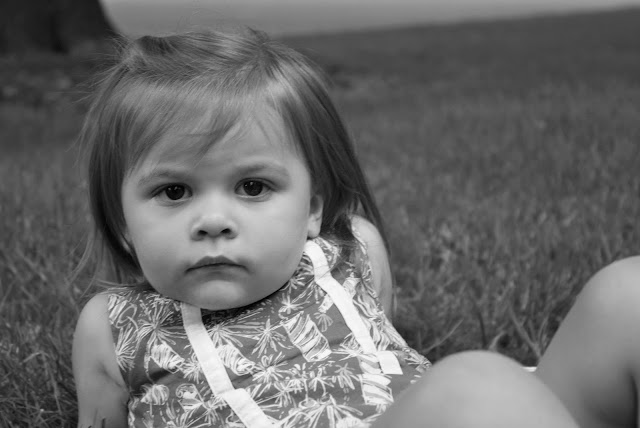 E (May 2012)
E showed interest early, in wanting to go to the potty.  A lot of that had to do with the fact that her sister was doing it, so she wanted to, also.  I tried to potty train her during her preschool’s spring break (the same three-day boot camp I did with W), but it didn’t work.  I think she was just too young (28 months), and too smart for her own good.  She figured out that if she went on the toilet, she would get a Skittle, so she was constantly going, a little each time.  And then when she’d really have to go, she didn’t have the readiness to realize that she needed to go, and would have an accident, before she made it to the toilet.  I didn’t force the issue, so we stopped trying for a little while, after that attempt.

After preschool ended in late May, I tried potty training her again that summer.  She was 31 months at that point, and was more ready.  Instead of the boot camp, and using the Froggy potty, I would simply ask if she needed to go, and she’d sit and go, receiving a Skittle after she went.  The hardest part for me at that point, was remembering to ask if her she needed to go.  If I stayed on top of it, asking her every hour or so, she’d do well.  Finally, she was the one figuring out when she needed to go, and would come running to me, after she went, saying she needed her Skittle.  Here’s hoping it’s that easy with my two boys!  I’m going on over five years of changing diapers, so I’m hoping they’ll both catch on quick! 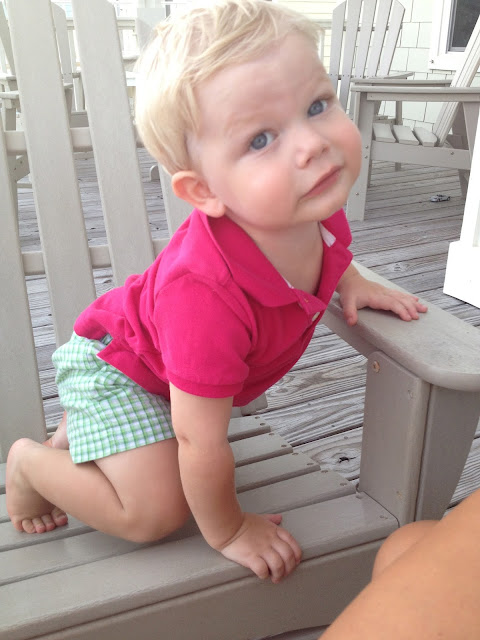 Now, it’s on to little L (he’ll be 2, next week).  He’s got some time before I start attempting to potty train him.  He needs to learn to say the word “yes” first…

Thanks to everyone for the compliments on the new blog design!  I felt like changing it up a little, while still keeping it simple!  I also wanted to incorporate my How I Do It and Weekend Inspiration posts into the Navigation bar at the top.  In addition, you can now “pin” all of my images.  Thanks for your continued readership!  Hope y’all have a great start to your week!

9 thoughts on “How I Do It: Potty Training + New Blog Design”