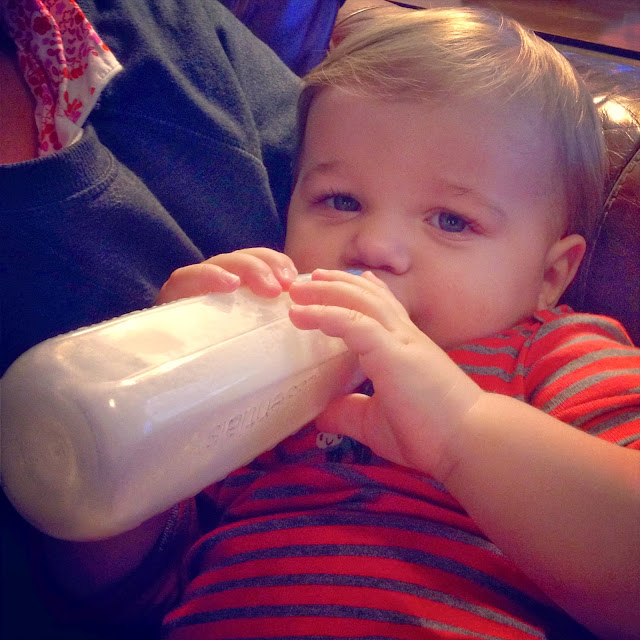 How I Do It: Bottle Feeding
I fed all of my children formula from a very early age.  I never was able to make enough milk myself.  Trust me, I had lots of help from many visits with a lactation consultant, and there was just nothing they could do to increase my milk supply.  Both the girls were 9lbs when they were born, and the boys were both around 8lbs, 9oz, so needless to say, they liked to eat!  At one point, I was on meds to try and increase the supply, nursing W, then pumping directly after nursing her, then feeding it back to W immediately after that, and by the time I had done all of that, she was ready to eat again.  Let’s just say the first four weeks with Miss W wasn’t very pleasant, as far as feeding goes, but as soon as I started supplementing, I had an entirely different baby, a happy one.  Happy Baby = Happy Mama.  I had wanted to nurse so much, and had taken all the La Leche League classes before W was born, so it was really hard for me to accept formula, but in the end, it was just the best thing for my baby.  Each mother and baby is totally different, and I completely understand that.  So to the bottle she went, and I never looked back.  All of my children were at least nursed the first week, and then I switched to formula.
Now the next question, when and how did I switch them from bottle to cup?  I went cold turkey with all of them, at around one year of age.  According to my pediatrician, he said to wait until a year, that if you introduce solely whole milk before a year, it could harm the baby’s liver and other organs.  None of the kiddos liked the cup at first.  They all wanted their bottle back, but that’s natural.  Eventually they realized that that was the only way they were going to be fed their milk, and they accepted it.  In fact, little V just finished up his last bottle about an hour ago.  Very very bittersweet!  I’ll let you know how the transition to the cup goes, if he’s any different than the others!  As far as what kind of cup to use, it’s really up to what works for your child.  Some like straws, others don’t.  I’m not a big straw fan, because I never think I can clean them well enough.  All of mine use these, and still do… 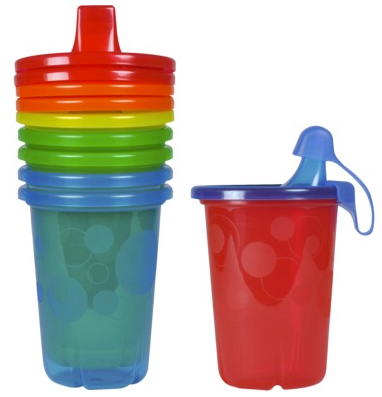 First Years Take N’ Toss Cups
Yes I know W at 5 years old is very capable of drinking out of a regular cup, but it’s more for my sanity, in knowing that if one of the younger children knocks over the cup, it won’t spill everywhere.  They’re also very easy to clean, don’t leak, and you can toss them out after using them for awhile.
So there you have it.  Another way of how I manage four, 5 and under.
After today, little V will be sitting at the table, with all of his siblings.
Hope y’all have a great start to your week!

12 thoughts on “How I Do It: Bottle Feeding”