My favorite gown of the night was Michelle Williams in Chanel.  Simple, yet stunning!  Plus, it was a total 180 from her Golden Globes dress.  She, or her stylist, definitely took the hint. 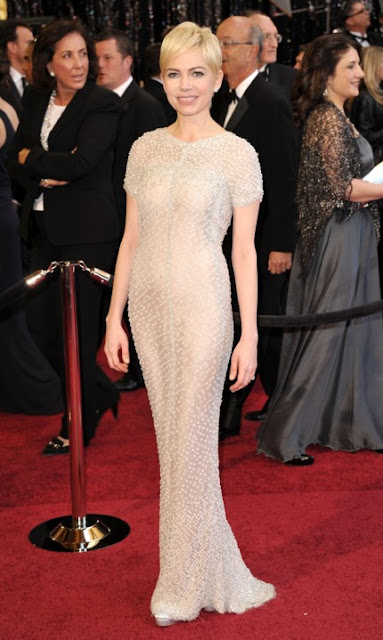 I love Reese Witherspoon, and normally love what she wears on the red carpet, as well.  Nina Ricci is usually her go-to designer.  This time, the gown didn’t go so well for me.  Did it not remind anyone else of Bridget Jones when she arrived to the party in The Bridget Jones’ Diary?  Or either a really boring prom dress…  Even if she had worn a big bauble necklace in bright pink or something, it would have added so much to the blah of this gown. 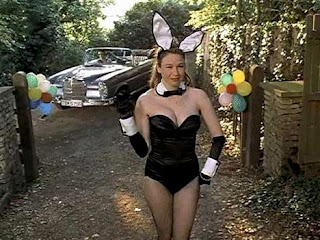 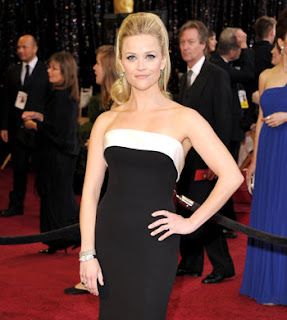 I’ve been forgetting to post W’s quotes lately, so here are a couple from this past week.

W has been listening to me talk to people about getting her potty trained so much lately, which has proved to be a little difficult in her case.  Not much interest in it quite yet, so we’re taking a break.  But the other day, my mom and I were in the car, and W said, “I want to go on the POTTY TRAIN!”  Sweetheart, I do too, I do too.  Just wish it were that easy…
________

During a thunderstorm the other evening, W explained to us, “It lightnings first, then it rumbles.”
________

Here are some photos from this past week. 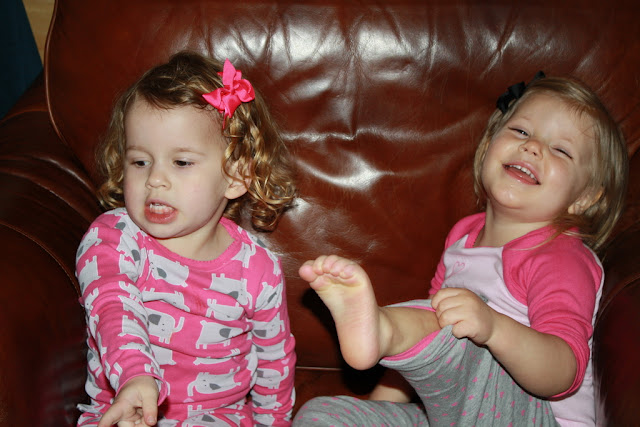 Our friend E slept over last Thursday night, while her parents were out of town.
They had such a fun time together! 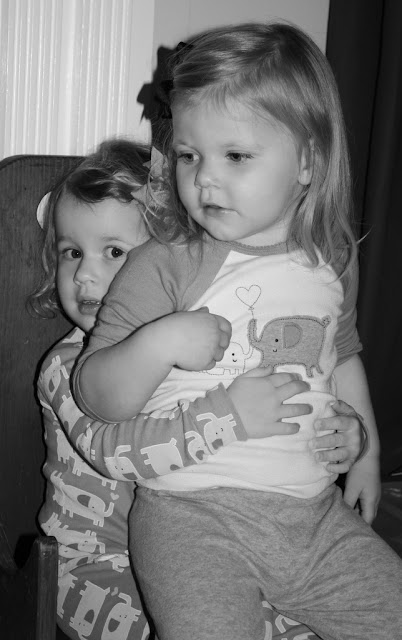 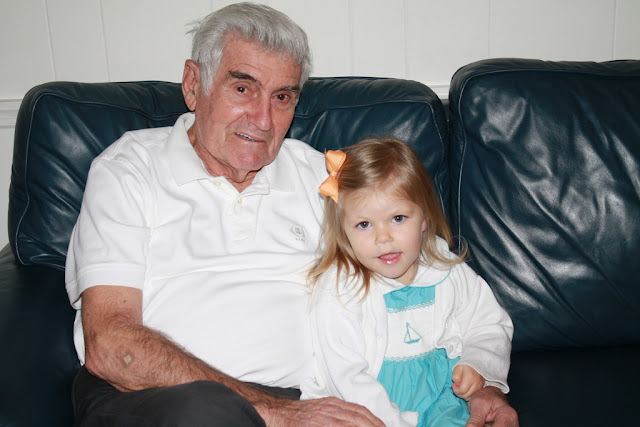 My mom and I visited her parents, my grandparents.
W cried when we had to leave. 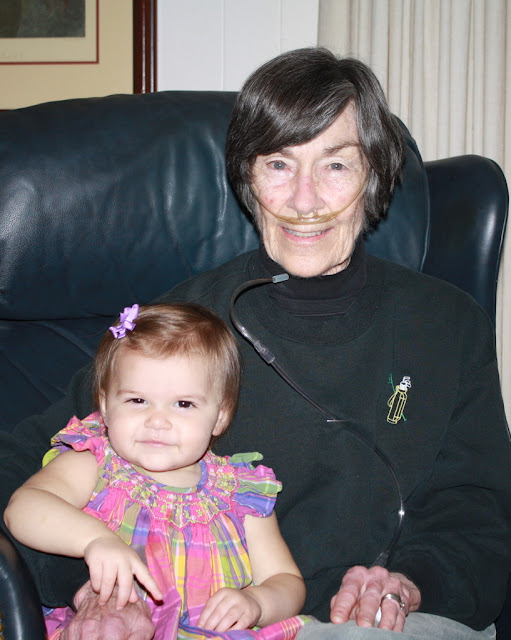 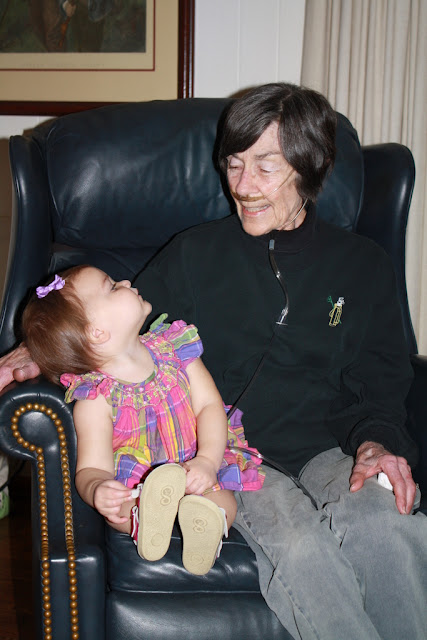 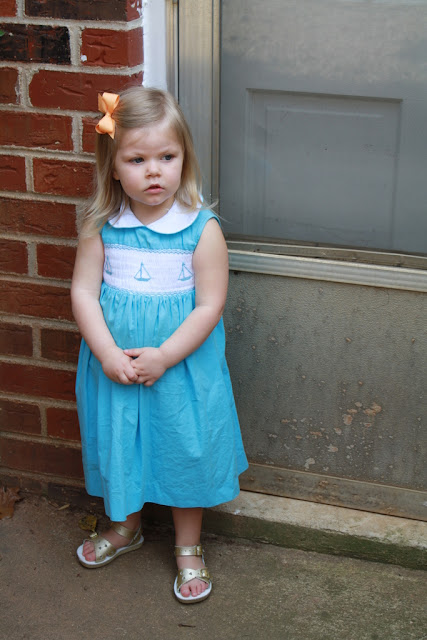 Waiting for Ray-Ray to open up the basement door for her.
She does this every time we visit. 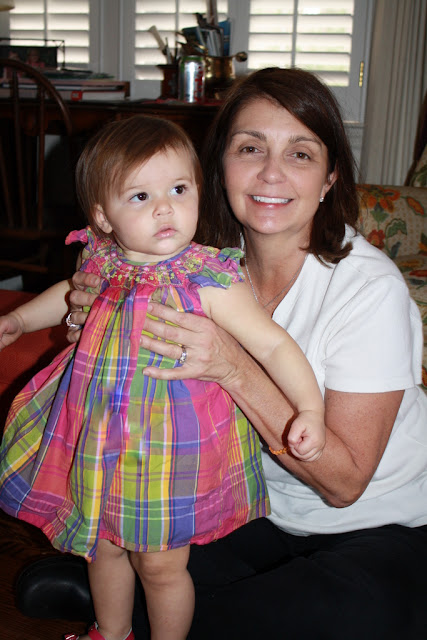 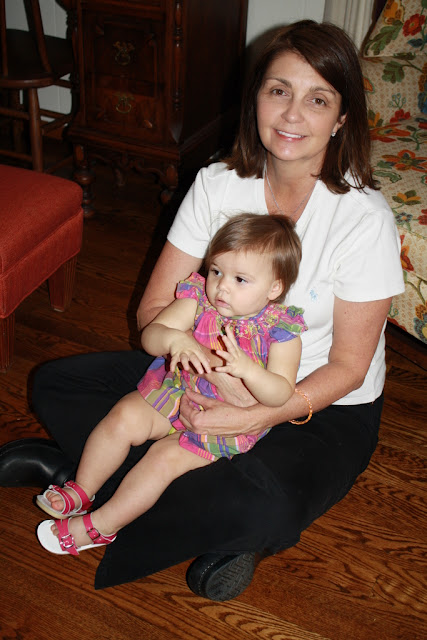 I hope y’all have a wonderful weekend!  A huge limb fell in our yard last week, during a thunderstorm.  Thankfully we didn’t lose power, but we’ll be cutting it up this weekend.  It barely missed our slide, but may have damaged our fence.  We needed a new fence anyway, so it was definitely a blessing in disguise!
Photo Credit: 1, 2, 3